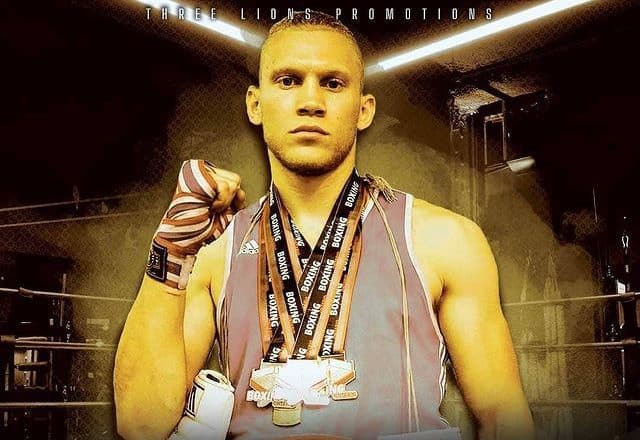 The former Olympic hopeful has signed a four-year contract with Three Lions, a promotion based out of Hamilton, and his first fight will be in Sydney, Nova Scotia on February 5.

After his goal to get to Tokyo for the 2020 Olympic Games was dashed due to changes to the qualification process due to the pandemic, Bianco signed with Manager Gary Freedman, who manages a stable of local boxers, including Oleksandr Teslenko, the former North American Boxing Association Heavyweight Champion.

Bianco said he had spoken back and forth with representatives from Three Lions, and the fact that they are a Canadian Promotion was very important to him.

“The boxing scene in Canada unfortunately isn’t that big, so I love the opportunity of being able to step up to the plate and help build it up,” he said in an interview with insauga.com.

Bianco said he would have liked to turn pro years ago, but he had set his sights on the Olympics, which have traditionally only been open to amateur competitors.

However, after a qualifying tournament he was scheduled to attend in Argentina fell through due to the pandemic, the qualification was overhauled, and a points system was implemented.

Due to the fact Bianco hadn’t appeared in any international tournaments, he was scheduled to compete in his first in Argentina, he was ineligible to compete.

After taking some time off, he decided it was time to get paid.

“I was always planning on turning pro after the Olympics, so when that fell through, I knew that was going to be my next move,” he said.

While it’s the same sport, the world of professional boxing is very different, something Bianco is looking forward to.

“I think now that I’m going to know who my opponent is and know who I’m fighting well in advance, I’ll be able to focus my camp on a specific fighter and style, as opposed to amateur, where I could be fighting multiple people in a single weekend and who it is isn’t determined until the day before.”

However, besides a more focused approach to his opponent, Bianco doesn’t anticipate his overall training regime will change very much.

Additionally, with 70 amateur bouts under his belt, he feels his background has prepared him for professional competitions.

“I actually wish I would have been able to get a few more fights in, but 70 is still a lot, and I think it will definitely help me make the transition.”

He also acknowledged the fact that pro boxing is unforgiving, a single loss on a boxer’s record can cost them hundreds or even thousands of dollars, and multiple losses often ends their chances at a title shot.

“There’s a lot more pressure and emphasis on my record—as a pro, when you lose once or twice it’s a big deal compared to the amateurs where a loss doesn’t really matter all that much.”

While he has a date for his debut, he doesn’t have an opponent as of yet, but it’s not something he’s particularly concerned about at this point.

“To be honest I don’t know and I don’t really care too much. I’ll probably find out who my opponent is about six weeks out from the fight, so I’m just going to keep doing what I need to do, I’m not thinking too much right now about who it’s going to be,” he said. “No matter what, whoever I end up fighting, I’ll be prepared for them—I’m excited either way.”

Most of all, Bianco is excited to just get back into the ring.