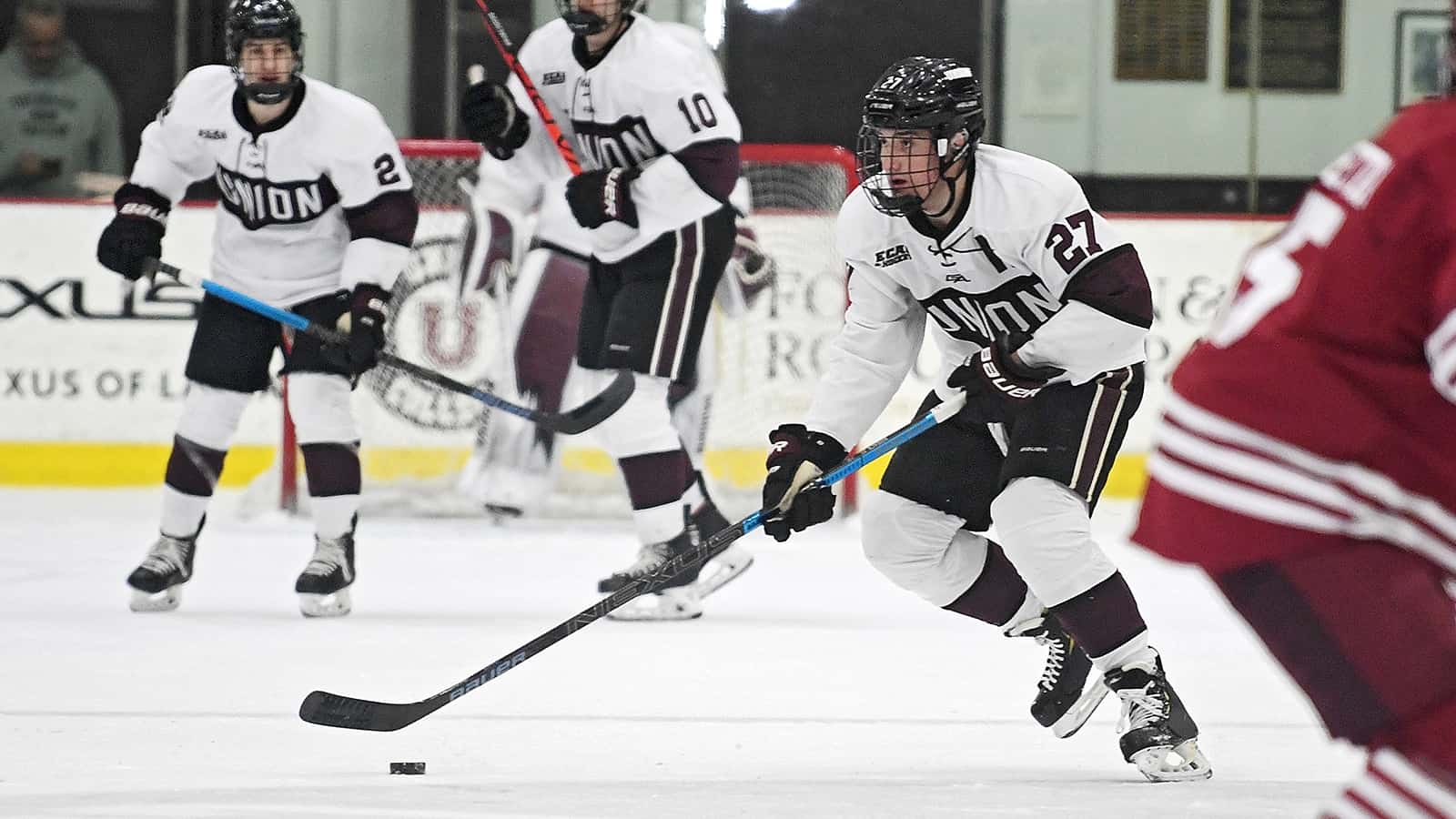 A senior with the Union College men’s hockey team, the former Oakville Blades forward is one of 11 nominees for the award presented annually to college hockey’s finest citizen.

The nominated student-athletes are those who make significant contributions not only to his or her team but also to the community-at-large through leadership in volunteerism.

Kosack, an Economics major, is one of three players nominated previously in 2020-21 and one of two finalists returning to the ballot in 2021-22.
After a chance encounter with a teenage fan in a game in 2019, the six-foot, 185-pound Oakville Trafalgar High School graduate was inspired to create “Kozi’s Kids, an initiative that gives local Schenectady children a chance to experience a college hockey game – many for the first time.

The initiative also led to his involvement with Children of Our Community Open to Achievement (C.O.C.O.A.) House in Schenectady, which has grown steadily during his time on the New York campus.
Kosack spends an afternoon per week at the house, providing support with class work, participating in activities with the kids, and lending a helping hand wherever needed.

He also spends time working with Executive Director Will Rivas on other initiatives and projects to benefit the organization.

When the pandemic forced the cancellation of the 2020-21 hockey season and stopped Kosack from visiting the house weekly, the Oakville native helped raise more than $5,000 to purchase laptops and iPads to assist with online learning as well as Christmas presents for the children of C.O.C.O.A. House.
With the C.O.C.O.A. House looking to expand to a neighboring building, Kosack worked with community leaders, teammates, school alumni and school administrators to help raise more than $40,000 in less than a month during the holiday season this year.

Some $5,000 of that went toward Christmas presents for children in the Tri-City area and the remaining funds were put toward a Kozi’s Kids lounge in the new Teen Center.
Finalists for the 2022 Hockey Humanitarian Award will be announced in February.

The 2022 recipient will be honored on Friday, April 8 during the NCAA Men’s Frozen Four weekend in Boston, Mass.