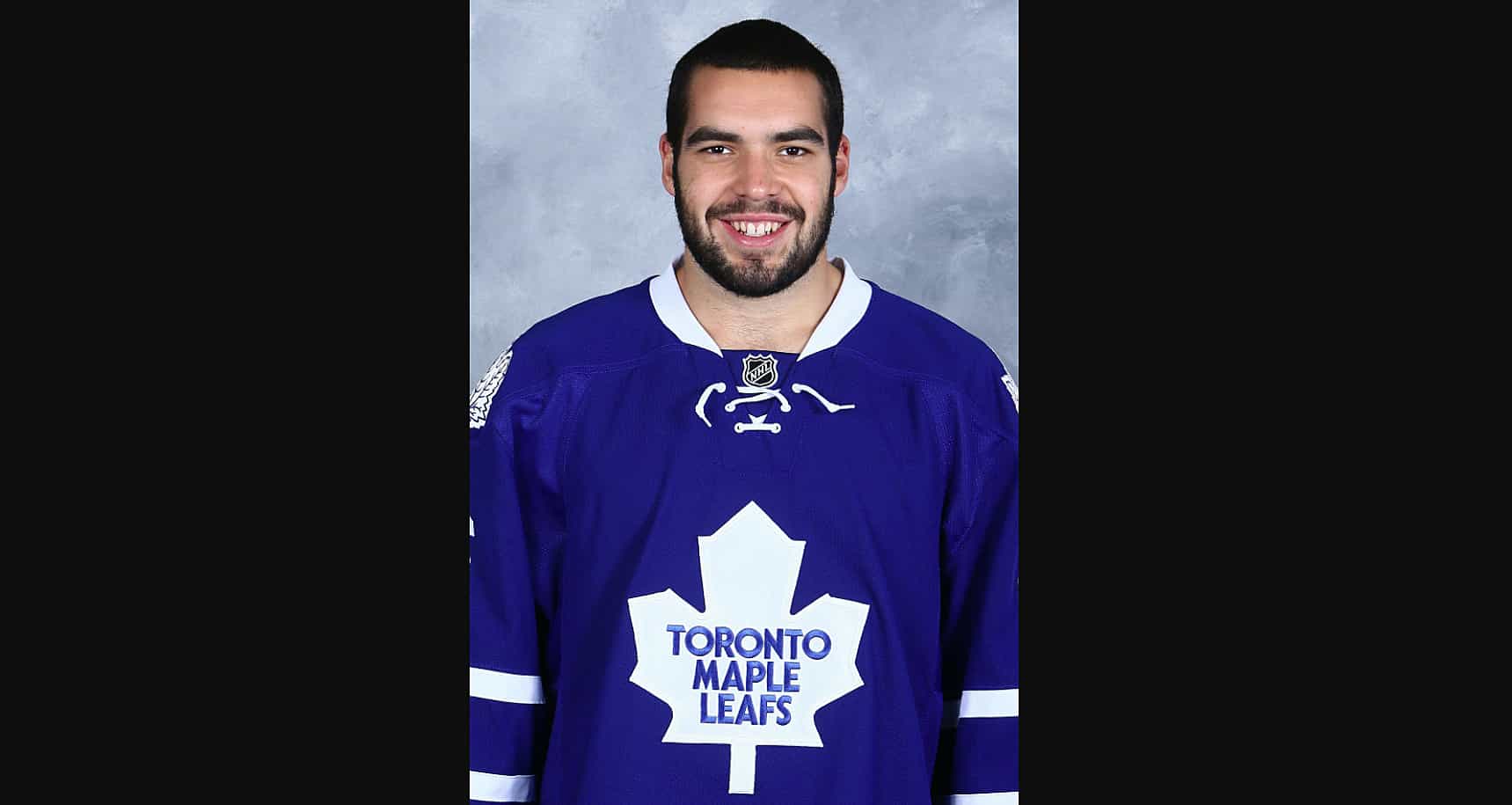 David Broll is training to be a firefighter after a long hockey career. (Photo from the National Hockey League)

A former National Hockey League player who had a brief stint with the Toronto Maple Leafs is one of the newest recruits with the Oakville Fire Department.

David Broll, 29, born in Mississauga and now living in Burlington, spent nine years playing professional hockey after being selected by the Maple Leafs in the sixth round of the 2011 Entry Draft.

Known for his tough and gritty play, Broll made his NHL debut in October 2013 playing five games with the Leafs. His career then took him to several other locations throughout North America including Brampton where he played with the Beast. His final stop was overseas where he took to the ice in Coventry, England.

He retired from hockey in January to pursue his firefighting career.

In a video posted online, Broll said he just completed his third week of training with the fire department and looks forward to helping the residents of Oakville.