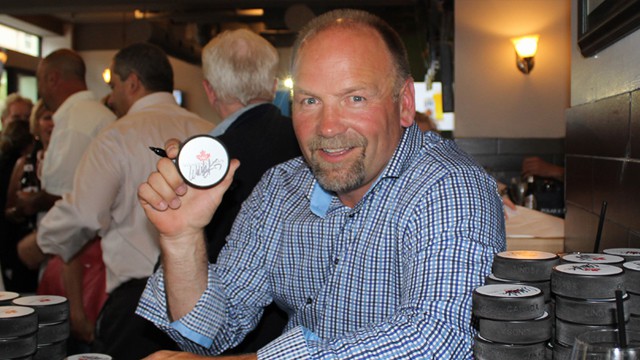 Calling all hockey fans in Brampton! If you’re looking to meet/support a former Canadian hockey player, now’s your chance.

Calling all hockey fans in Brampton! If you’re looking to meet/support a former Canadian hockey player, now’s your chance.

Retired hockey player Wendel Clark, who has played for multiple teams throughout his career (including the Toronto Maple Leafs), will be continuing his book-signing tour at the Chapters location on Quarry Edge Drive on Tuesday, November 29, starting at 6:00 p.m.

The tour is for his recently released autobiography “Bleeding Blue: Giving My All for the Game”, which details Clark’s life and his experiences playing hockey. As the book just released this November, Clark is taking the opportunity to meet and greet fans from all over the country, and sign copies of the book.

According to the event listing on Indigo, line-up is on a first-come first-served basis, and reserved only for those who have a purchased copy of Bleeding Blue (proof of purchase required from any Indigo, Chapters, IndigoSpirit or Coles location). In addition, one piece of memorabilia will be signed per person. Check here for more information.

This is one of the last few stops that will be made on the tour, which began in Toronto on November 1 and ends December 2. So if you’re itching to meet Wendel Clark in person, don’t miss your chance!