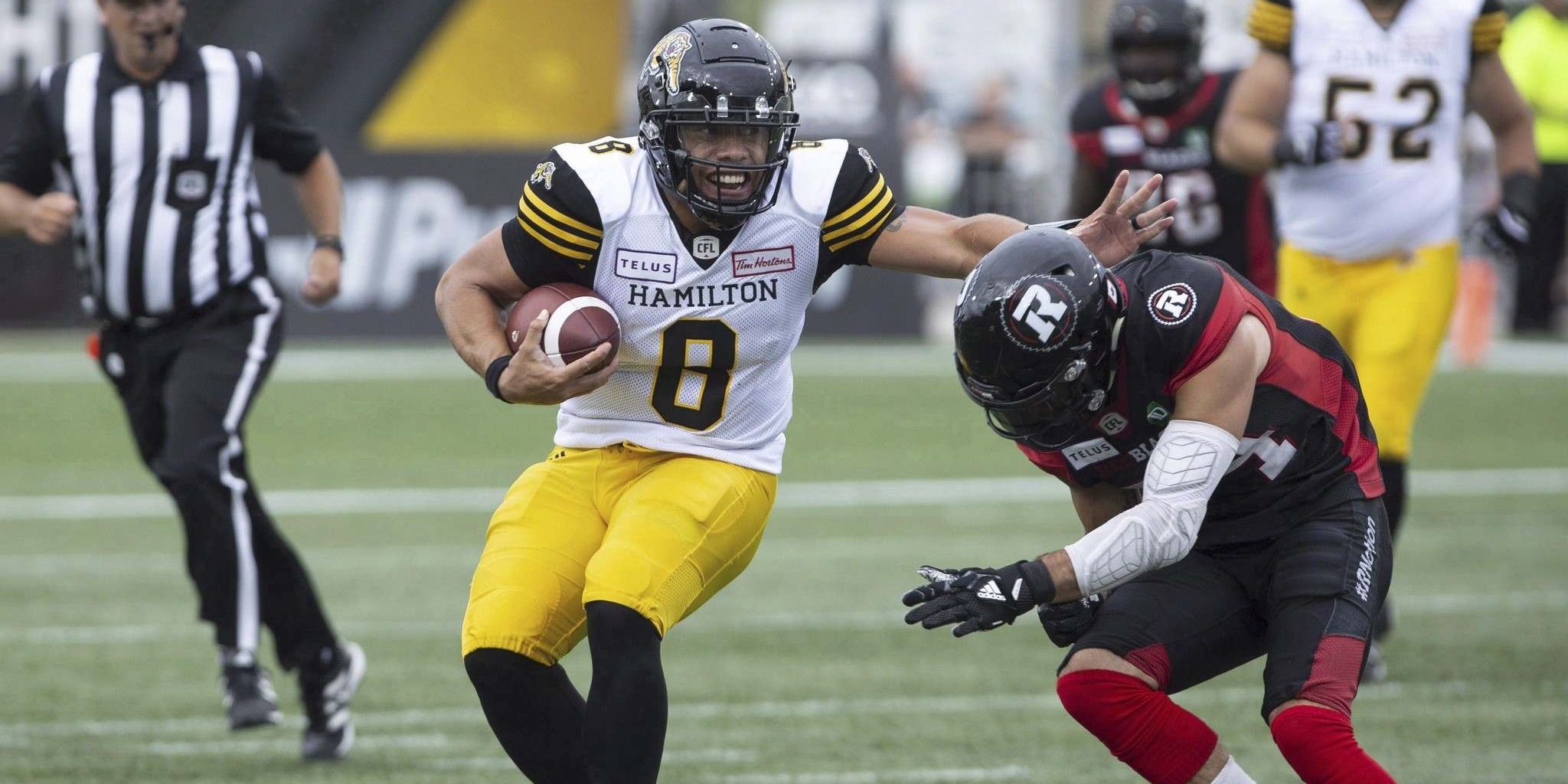 Multiple sources with TSN say the veteran signal-caller will make $450,000 in the nation’s capital, up from the $322,000 he reportedly made with Hamilton last season.

According to @TSNDaveNaylor, QB Jeremiah Masoli will be joining the Ottawa Redblacks. @FarhanLaljiTSN adds that his salary will be about $450,000: https://t.co/3lJI68X72H#CFLonTSN pic.twitter.com/K7r9E0rXV9

The Tiger-Cats re-signed Dane Evans to be their starting QB through 2023, leaving Masoli to find a new home after starting 114 career Canadian Football League games.

The Redblacks scored a league-low 224 points last season and were the only CFL team in 2021 to average less than 200 passing yards per game (194.6) while finishing with a league-worst eight touchdown passes.

The 33-year-old had his best year in 2018 with the Tiger-Cats. when he threw for 5,209 yards and 28 touchdowns versus 18 interceptions while running 63 times for 473 yards and two touchdowns on the way to being named the East Division Most Outstanding Player.

Masoli raised his stock in the 2021 Grey Cup in Hamilton. Despite being replaced as the starter by Evans in the East Semi-final, Masoli entered the championship game and threw two touchdown passes in relief before Hamilton fell to Winnipeg in overtime.

The Ticats and Redblacks will play each other at least twice next season. Fans in Hamilton will have to wait until the second-last game of the regular season on Oct. 21 to see Masoli in person, though, when Ottawa makes the trip to Tim Hortons Field.