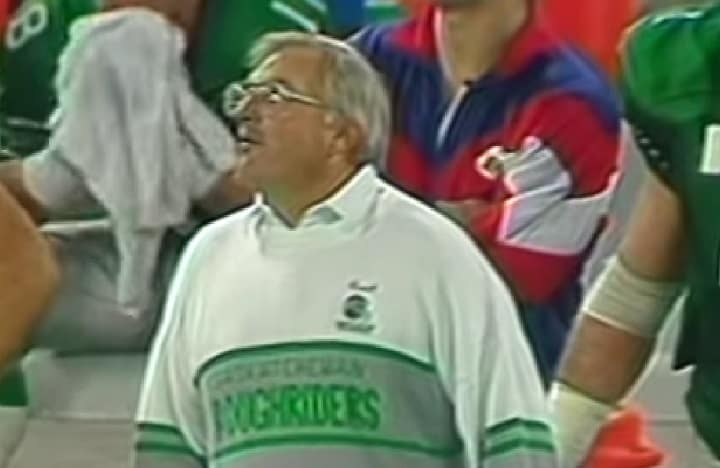 The football life of John Gregory included beating the Hamilton Tiger-Cats in a classic Grey Cup and also leading them during a time of tumult before he mentored a legendary NFL passer.

Gregory, who was a Canadian Football League head coach from 1987 to ’94, has died at the age of 84. His passing was announced by the Iowa Barnstormers, an indoor football team in his home stage where he was the first head coach.

If that team name rings a bell with football fans, it is because the Barnstormers were the Arena Football League team two-time NFL MVP quarterback Kurt Warner starred for in the 1990s before becoming one of the greatest late bloomers in North American sports history. regory, who like Warner was from the midwestern state, was the first head coach of the Barnstormers and helped Warner stay in football. Arena football was an 8-on-8 game whose field is placed inside the boards of a 200-by-85-foot hockey rink, barely half the width of an NFL gridon. By necessity, Warner adapted and learned to quickly scan the field and release passes quickly to receivers, earning a second chance in the NFL the St. Louis Rams. The rest is history.

In 1999, Warner, who by that point was 28 years old and had played all of three minutes in one NFL regular-season game, led theRams and their innovative “Greatest Show on Turf” offence to a Super Bowl championship. Warner went to win another MVP and also became, at the time, just the second quarterback to make Super Bowl starts with two teams. He was inducted into the Pro Football Hall of Fame in 2017.

Prior to that, Hamilton was Gregory’s second and last head coaching stint in the CFL, from mid-1991 to early ’94. In his stint with the Saskatchewan Roughriders, he guided them to a Grey Cup victory in 1989.

The CFL in that era was shaky financially, and the Roughriders actually hosted a fundraising telethon during Gregory’s first season in order for the team to stay solvent. (Today, Saskatchewan probably is the highest-grossing team in the league.) In 1989, the ‘Riders were a 9-9, third-place team, but defeated Calgary and Edmonton to win the West Division.

The Tiger-Cats were heavily favoured in the Grey Cup at the brand-new Skydome. But Saskatchewan, with future Tiger-Cats head coach Kent Austin behind centre, prevailed 43-40 on a last-second field goal by Burlington native Dave Ridgway.

The Tiger-Cats were going through tough times in the early ’90s when Gregory took over at the helm. His first win in 1991, though, came when an 0-8 Hamilton team beat the eventual Grey Cup-winning Toronto Argonauts 48-24 in the Labour Day Classic. The Ticats were also the East runner-up in 1992 and ’93, losing the division final against Winnipeg.

Gregory stayed connected to the game well into his 80s. He wrote a book entitled, So You Want To Be A Football Coach? His wife Carolyn was his editor.

In lieu of flowers, the family of the longtime coach has asked for donations to be made in his name to kidsportcanada.ca. The charity provides financial assistance to children to register for organized sports and acquire equipment.