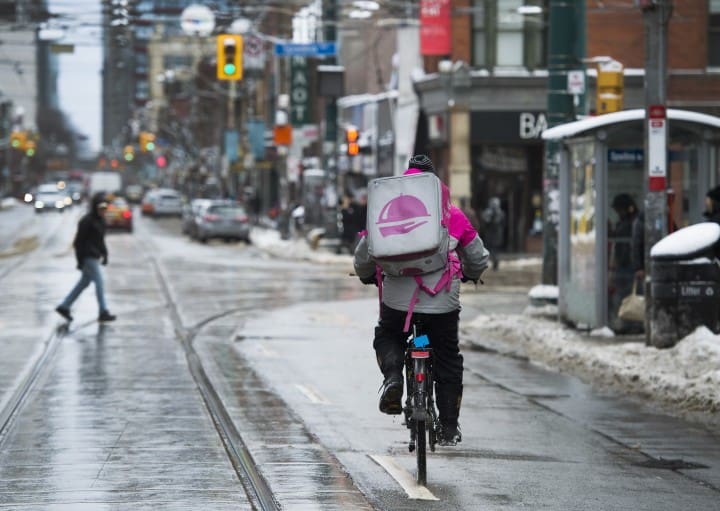 TORONTO — Foodora Inc.’s parent company has reached a $3.46-million settlement with its former Canadian couriers after shutting down its delivery service in the country.

Under the settlement, Berlin-based Delivery Hero SE and the Canadian Union of Postal Workers will end recent disputes stemming from couriers winning the right to unionize in February and Foodora filing for bankruptcy in April and exiting the market in May.

The union alleged in an unfair labour practices complaint filed in April that Foodora pulled out of Canada because couriers and drivers in Toronto and Mississauga, Ont., were granted the right to unionize and be seen as dependent contractors by the Ontario Labour Relations Board.

They said it was suspicious that the company cited profitability challenges as its reason for leaving Canada, but that Delivery Hero had just announced its first-quarter revenue for 2020 nearly doubled over the year before and demand for food delivery was surging during the pandemic.

The union complained couriers were losing their jobs just as COVID-19 was spreading and many had no other employment or access to government funds.

Union president Jan Simpson says in a statement that the settlement shows what happens when workers continue to fight and that she is pleased that the financial stress of former Foodora workers has been lessened.

Foodora Canada managing director David Albert says in a statement that he is also glad to have reached a settlement because it will minimize the impact of exiting the market and ease some of the hardships created by the pandemic.