A woman who ran for an MPP position this past June and who planned to run in the upcoming municipal elections in Mississauga is fighting back after being disqualified over reported inconsistencies in signatures on her nomination papers. 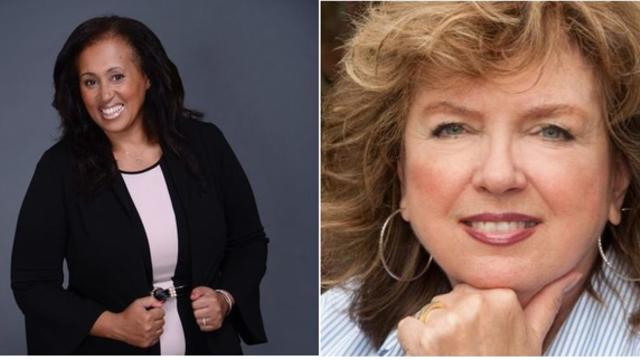 Nikki Clarke, a self-described Malton community activist and recently ordained pastor, said she will be filing a complaint with the city’s Integrity Commissioner against Ward 5 Coun. Carolyn Parrish, alleging the incumbent and veteran politician aggressively harassed those who signed Clark’s nomination papers during business hours.

Clarke was the former NDP candidate for MPP in Mississauga Malton during the June 7 election and came within around 2,300 votes of winning that seat. Parrish has been Ward 5 councillor since 2014, but was previously the Ward 6 councillor from 2006 to 2010.

The complaint was filed by a coalition of groups, including the Congress of Black Women: Mississauga Chapter, Malton Black Development, Malton Moms, as well as school trustee candidate Catherine Soplet.

Besides the Integrity Commissioner, they also filed the complaint with the Ontario Ombudsman, the government body which is tasked with investigating public complaints and systemic issues in the public sector, such as municipal governments.

“Similar complaints will be filed by individuals who were aggressively doxxed and harassed by Councillor Parrish during city business hours,” the press release further indicated. Those individuals were not yet named, but Soplet was certainly one of them: she received Twitter messages from Parrish asking about her maiden name, as well as additional comments that showed the councillor’s “disappointment” that Soplet backed Clarke.

The integrity of the city clerk’s office has also been called into question, pointing out the silence on the part of Mayor Bonnie Crombie. Insauga.com reached out to the mayor’s office, was redirected to the city’s communications spokesperson, who then referred to the comments they submitted for the previous article on this story.

Crombie was the previous Ward 5 councillor before Parrish, elected in a 2011 by-election in which the now mayor defeated Parrish as she attempted a return to council after losing Ward 6 in 2010.

However, one reference point brought up by the coalition supporting Clarke’s complaint to the Integrity Commissioner and the Ombudsman is the provision in the Municipal Elections Act regarding nomination of candidates.

As the act indicates, the city clerk’s decision on accepting candidate nominations is final, and Clarke’s name did appear on the candidate list on July 27: 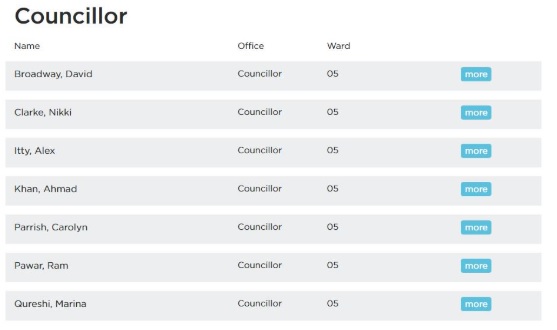 But as indicated in that earlier email to insauga.com, the clerk’s office has the right to go about “using discretion to review any and all parts of a nomination package submitted by a candidate,” but they said they don’t maintain a record of the number of complaints received or by whom during the campaign period.

This will mark the second time this year that Parrish has had a complaint against her filed to the Integrity Commissioner; the first was regarding the racially insensitive text messages she exchanged with a colleague over the qualifications of a black female police officer.

But even if Clarke, who some saw as the most viable candidate to take Parrish down, was still on the ballot, the incumbent councillor is still favoured to win re-election.

Which only makes this whole situation all the more bizarre to begin with. It will be interesting to see how the city responds and what the Integrity Commissioner, as well as the provincial Ombudsman, conclude in their findings.

Popular Toronto Thai restaurant opening a location in Mississauga
Mississauga’s newest Thai restaurant, Mo Thai, is coming to Cooksville before the end of May.
END_OF_DOCUMENT_TOKEN_TO_BE_REPLACED