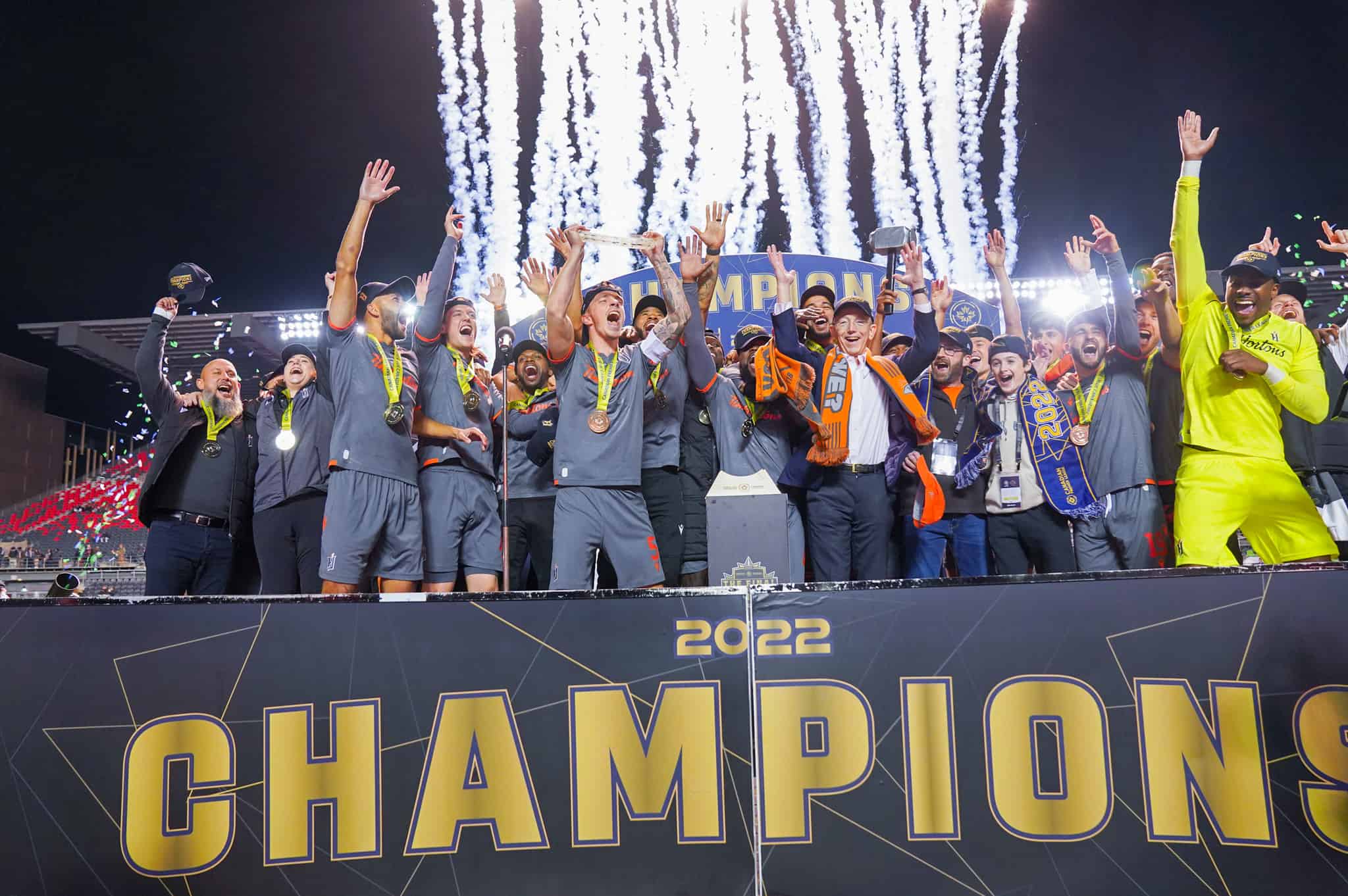 To a man, from Triston Henry in goal to finishers David Choinière and Alessandro Hojabrpour, Forge FC reminded their corner of the footy world that Hamilton has a habitual winner.

That delightful D-word, dynasty, along with some city-of-champions chatter, percolated Sunday night after Forge FC defeated host Atlético Ottawa 2-0 in the Canadian Premier League championship game in the nation’s capital. On the road, in front of a mostly pro-Ottawa crowd of 15,000 at TD Place and minus the calming influence of captain Kyle Bekker, who was redcarded in the semifinal second-leg, Forge claimed the North Star Shield chammpionship trophy for the third time in the four-season run of the Canadian men’s pro soccer league.

Hojabrpour got the icebreaker near the half-hour mark through a set piece when he headed in a free kick from Tristan Borges, marking the second year in a row that he had scored for Forge FC in the final. Fifteen minutes from time in the second half, Atlético looked to level when Sergio Camus Perojo got a golden opportunity, but Henry stopped him cold. Choinière, in characteristic fashion, then scored a 78th-minute clincher, and the celebration was on for Forge FC’s orange-clad supporters’ section, although the players and coach Bobby Smyrniotis had to wait for the final whistle.

“Happiness. We worked all year for this. That was our goal since the beginning of the season and to achieve it, you feel accomplished,” Choinière told The Canadian Press. 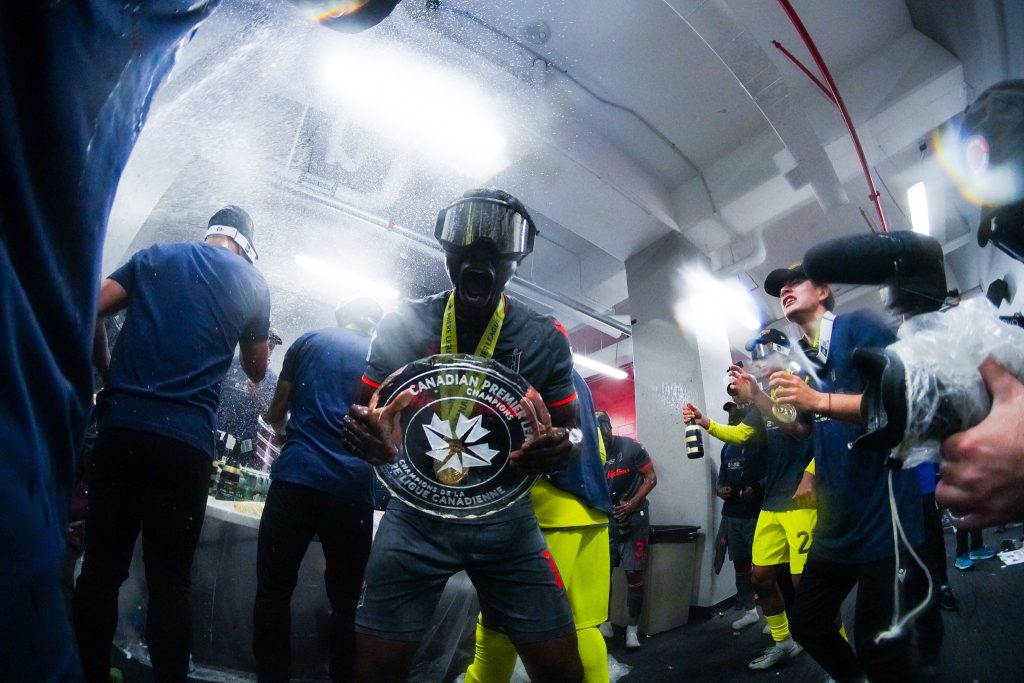 It marked the second time that Forge FC have won the North Star Shield in a tough road environment.

Last season, they were edged 2-1 by Pacific FC in the final at Tim Hortons Field. In order to have some semblance of a 2020 season before COVID-19 vaccines were available, the league used a bubble format on Prince Edward Island. In 2019, the league had a home-and-away format and Forge FC celebrated in Calgary after defeating Cavalry FC 1-0 (2-0 on aggregate) in the second leg.

This season, an August slump where Forge FC went 0-1-5 quashed a chance to finish first and enjoy home-field advantage for the playoffs. Atlético Ottawa got top spot by two points over both Forge FC and Cavalry FC. However, over the stretch run, they never allowed multiple goals in a game as they built up to take their title back. A crowd of 7,000 turned out to see Hamilton get past Cavalry 2-1 (3-2 on aggregate).

Forge FC’s Hamilton Sports Group corporate sibling, the Hamilton Tiger-Cats, have been vexed trying to win the Grey Cup in the helmeted, padded, hands-using football in recent years. (The Tiger-Cats face the Montréal Alouettes in a CFL East Division semifinal on Sunday.) But otherwise, Hamilton is 3-for-3 in having its top minor pro teams win league titles in 2022.

On Aug. 14, the Hamilton Honey Badgers, led by Burlington native Caleb Agada, won their first Canadian Elite Basketball League title. The CEBL championship game was also at TD Place, which has an indoor hockey/basketball arena underneath its north-side football grandstand.

Two months earlier, the Hamilton Bulldogs, with a plethora of homegrown players such as Arber Xhekaj (now with the NHL’s Montréal Canadiens), won the Ontario Hockey League championship. A modern OHL final record crowd of 11,779 backed the Bulldogs during the decisive Game 7 on June 15.

The Bulldogs went on to reach the final of the Canadian Hockey League’s Memorial Cup tournament, bowing to the host Saint John Sea Dogs, who had a five-week preparation period for the 10-day tourney after an early ouster in the Québec league playoffs.

Throwing in the Bulldogs’ 2018 OHL title, the McMaster Marauders women’s basketball team winning the U SPORTS national championship in 2019 and Forge FC’s first two league titles, along with their runs in cup competitions, adds up to some relatively flush fortunes in local Hamilton sports over the last 4½ years. And all of that hardware came despite of competitions being paused or altered in 2020-21 due to COVID-19.