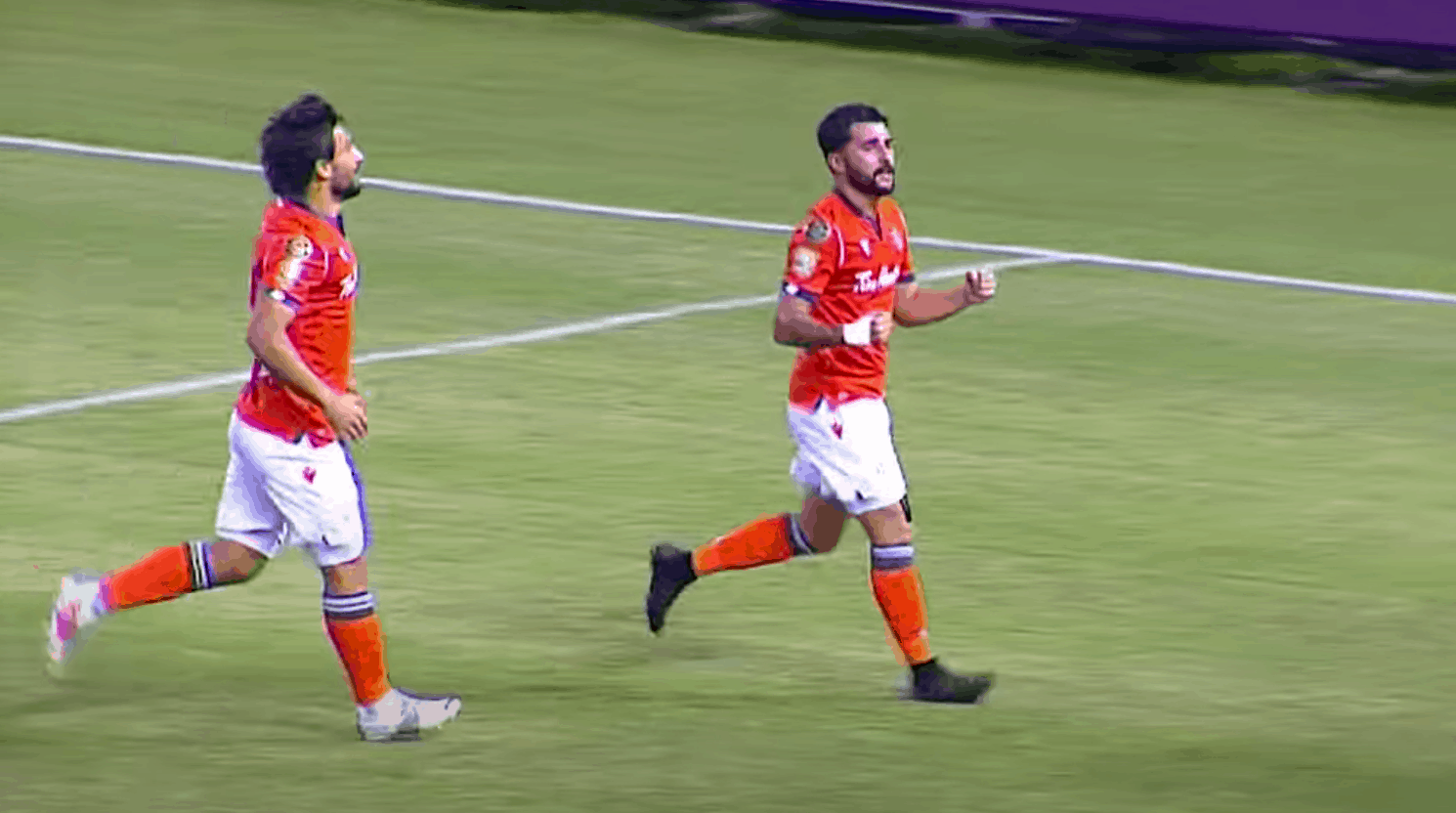 Tristan Borges, Mo Babouli and David Choiniere scored for Hamilton-based Forge in the first leg of the preliminary round. Erivan Flores replied for CD FAS.

Play was suspended in the 85th minute after lights went out in the empty Estadio Cuscatlan. The players went to the sidelines for a water break then started running, stretching or kicking a ball about to kill time while waiting for the lights to come back on. Play resumed after some 20 minutes with the remaining five minutes plus another five minutes of stoppage time.

The 22-team competition is a feeder tournament that sends six clubs to the Scotiabank CONCACAF Champions League, the flagship club competition in the region that covers North and Central America and the Caribbean.

The second leg is next Tuesday, at the same stadium, due to pandemic-related travel restrictions. Hamilton-based Forge was designated the home team Thursday.

Borges, off a Babouli feed, opened the scoring in the 15th minute with a long-range left-footed shot that may have taken a slight deflection off a defender’s leg. Flores tied it up six minutes later, poking in the ball after a corner delivery found its way to him through a mass of bodies.

There's that Tristan Borges magic we've been waiting for!

The @ForgeFCHamilton star opens the scoring in this #SCL21 clash vs. C.D. Fas with a bit of brilliance from outside the box#CanPL | https://t.co/hishXepRT3 pic.twitter.com/vAJi6w5M2t

Babouli and Borges combined again in the 25th minute after acting skipper Kwame Awuah found Borges with a perfect low cross. The unmarked Borges’ unselfish pass went through a defender to Babouli, who slotted it home.

Tristan Borges plays provider this time, as he combines with Kwame Awuah before finding Mo Babouli for the easy finish @ForgeFCHamilton back up now, 2-1 vs. C.D. FAS#CanPL | #SCL21 | https://t.co/hishXepRT3 pic.twitter.com/tG1FFjnoX1

Choiniere increased the lead to 3-1 in the 50th minute, with Awuah and Borges again setting the table. Awuah raced down the flank and found Borges, who sent the ball over to Choiniere.

Babouli left in the 74th minute, needing help to get to the locker room after falling awkwardly on his back from an aerial challenge collision.

CD FAS’s Luis Peralta had a glorious chance for a second away goal in the 77th minute but his shot went wide of an open goal. The El Salvador squad came on as the clock wound down but could not breach the Forge defence a second time.

Forge is one of 12 teams in the CONCACAF League’s preliminary round. The six winners will join 10 seeded teams in the round of 16, with matches scheduled for Sept. 21-23 and Sept. 28-30.

Should Forge advance, it will face Panama’s CA Independiente de La Chorrera in the round of 16. Independiente and FAS both lost in the preliminary round of last year’s tournament.

CD FAS, whose full name is Club Deportivo Futbolistas Asociados Santanecos, is based in Santa Ana and normally plays its games out of Estadio Oscar Quiteno.

Forge made it to the CONCACAF League quarterfinal last year, losing in a penalty shootout loss to Haiti’s Arcahaie FC. It then lost to Marathon in the play-in match, which represented one final chance to qualify for the CONCACAF Champions League.

Forge downed El Salvador’s CD Municipal Limeno 2-1 in the preliminary round and Panama’s Tauro FC 2-1 in the round of 16 prior to the loss to Arcahaie.

Forge currently stands fourth in the eight-team CPL with a 6-5-0 record.