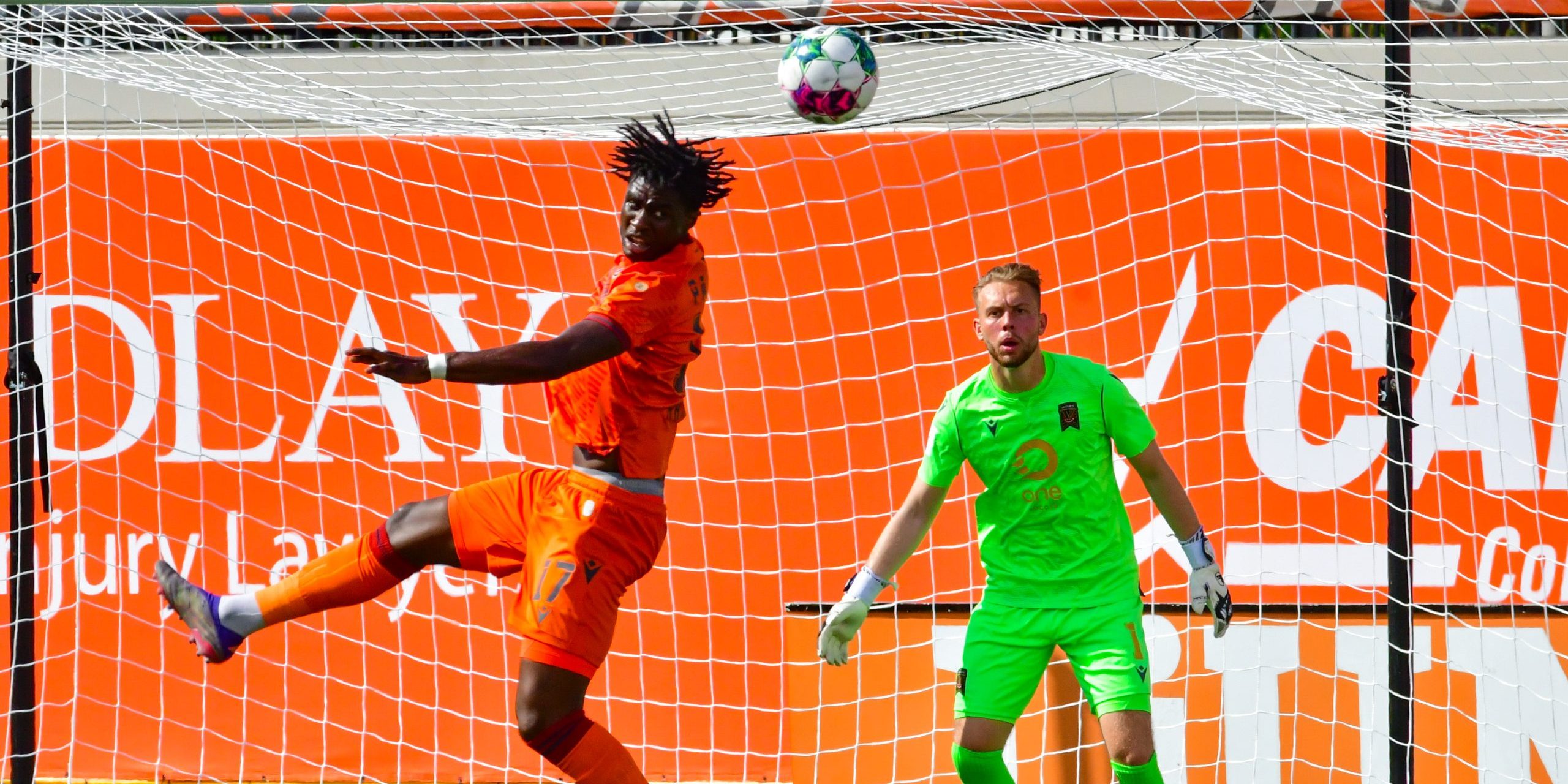 Woobens Pacius’ breakout campaign for Forge FC Hamilton in 2022 has earned him a nomination for the Canadian Premier League’s Best Canadian Under-21 Player award.

The award will be voted on by select media members, with the winner revealed at an in-person ceremony during the league’s 2022 Finals Weekend.

Pacius, 21, turned heads in his first full season with Forge FC. The native of Terrebonne, Quebec, scored ten goals for Forge, leading the team in that category and finishing fourth among CPL goal scorers. His 39 shots were also a team-high.

The young striker was named CPL Player of the Month for July, a month in which he scored six of his ten goals and helped Forge to go unbeaten in five matches.

Pacius was included in the CPL’s Gatorade Team of the Week on three occasions in 2022, winning Player of the Week for Week 15.

The @ForgeFCHamilton striker has been LETHAL all season long in front of goal in #CanPL, and has earned his nomination for Canadian U-21 Player of the Year 🍁

Does Woobens have #MLS in his near future? 👀

Forge finished in second place in the regular season CPL table and will host the back end of a two-leg semi-final against Cavalry FC at Hamilton’s Tim Hortons Field on Oct. 23, 2022. The first leg will be played Saturday afternoon in Calgary.

De Rosario, 21, signed with York United in April and quickly made an impact, scoring from long-range against FC Edmonton in his second appearance for the club.

De Rosario, who grew up playing in Toronto, finished the year with 12 goals, becoming the Nine Stripes’ all-time leading goal scorer and finishing second in the CPL’s Golden Boot race.

He was named to the CPL’s Gatorade Team of the Week six times in 2022 and won Player of the Week for Week 17, following a two-goal performance against HFX Wanderers.

Rea, 20, had a breakout season in 2022 after he was loaned back to Valour FC by CF Montreal in Major League Soccer in April. The 20-year-old winger from Montreal, Quebec, finished the regular season with a league-leading nine assists. His five goals were four more than he contributed while on loan with Valour during the 2021 season.

Rea won the CPL’s Player of the Month nod for August after picking up two goals and two assists and twice earning Gatorade Performance of the Match honours for Valour.

He was named to the CPL’s Gatorade Team of the Week six times in 2022.

Voting for all the CPL’s annual awards will this year be based on performances during the regular season, not including Canadian Championship, Concacaf or playoff action.

The winner of the Best Canadian Under-21 Player will be awarded a unique piece of Inuit soapstone art conceived by artist Taqialuk Nuna. The Polar Bear statue is awarded annually to the CPL’s Best Canadian Under-21 Player because, like a developing player, “the animal grows from a playful young cub to one of the most respected and formidable animals roaming Canada’s North.”

The in-person CPL awards ceremony will be held ahead of the league’s playoff championship match, to be played the weekend of either Oct. 29 or Oct. 30. The highest-seeded team to reach the playoff final will earn the right to host the championship match.