Forever 21 Closing All Canadian Locations After Filing For Bankruptcy 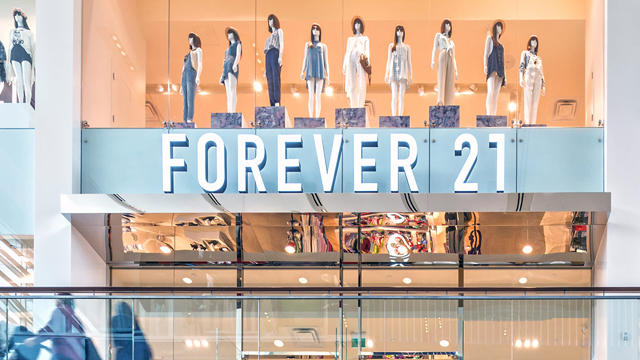 A major clothing retail store is closing all of its Canadian locations.

On Sunday, September 29, Forever 21, Inc. announced that it and its U.S. subsidiaries had commenced voluntary chapter 11 cases in the United States Bankruptcy Court for the District of Delaware.

The Company also announced that its Canadian subsidiary filed for and was granted protection under the Companies’ Creditors Arrangement Act by the Ontario Superior Court of Justice in Toronto.

According to Statista.com, Forever 21 currently has 44 locations across Canada as of 2018, with the major of them (22) located in Ontario. The company also has over 2000 employees across the Canadian store locations.

“This was an important and necessary step to secure the future of our Company, which will enable us to reorganize our business and reposition Forever 21,” said Linda Chang, the Executive Vice President of Forever 21, Inc.

The company states dozens of its vendors have already agreed to support its restructuring efforts.

To facilitate its restructuring, Forever 21 has obtained $275 million in financing from its existing lenders with JPMorgan Chase Bank, N.A. as an agent, as well as $75 million in new capital from TPG Sixth Street Partners, and certain of its affiliated funds.

With this capital, the company intends to operate in a business as usual manner, honouring all policies, including gift cards, returns, exchanges, reimbursement and sale purchases.

Forever 21 states, “it will use these proceedings to right-size its store base and return to basics that allowed it to thrive and grow into the fast fashion leader.”

“The financing provided by JPMorgan and TPG Sixth Street Partners will arm Forever 21 with the capital necessary to effect critical changes in the U.S. and abroad to revitalize our brand and fuel our growth, allowing us to meet our ongoing obligations to customers, vendors and employees,” said Chang. “With support from our key landlord and vendor constituents, we are confident we will emerge as a stronger, more competitive enterprise that is better positioned to prosper for years to come, and we remain committed to delivering the fast fashion trends that our customers have come to expect from Forever 21.”

Rumours of the company potentially filling for bankruptcy first surfaced in late August of this year.

What are your thoughts on Forever 21 closing all its Canadian locations?