Ford urges Ontarians to ‘buy local’ as Feds hit back with retaliatory tariffs against U.S. 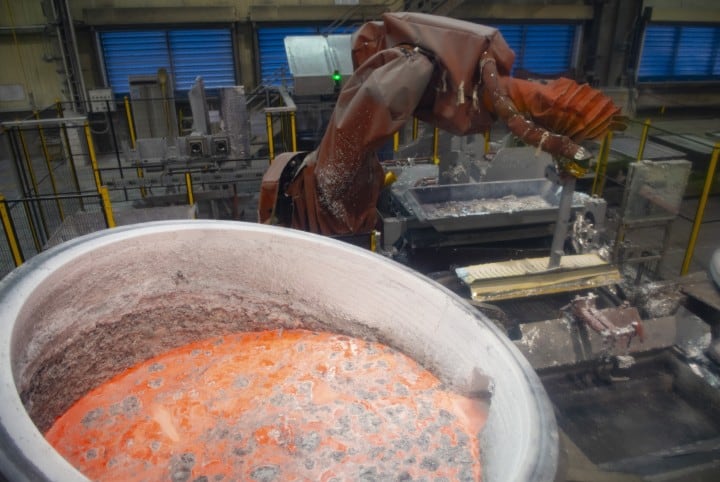 Trump announced Thursday that he would be reimposing a 10 per cent tariff on aluminum imported from Canada, saying the step was necessary to defend the U.S. aluminum industry.

He notes Trump’s decision also comes in the midst of the COVID-19 pandemic, when industries around the world are struggling with ongoing economic fallout.

In response, the premier is urging Ontario residents to “hit ’em where it hurts,” describing the province and its consumer base as an economic powerhouse.

He says Ontario manufacturers should more aggressively label their goods as “made in Ontario” to help consumers buy local products.

In Ottawa, meanwhile, Deputy Prime Minister Chrystia Freeland says Canada will hit back against U.S. tariffs on Canadian aluminum with $3.6 billion in tariffs of our own.

Freeland says the tariffs will match dollar-for-dollar the costs of the planned 10 per cent import tariff on Canadian raw aluminum that will apply starting Aug. 16.

Canada’s manufacturing industry has also condemned the U.S. decision to impose tariffs on aluminum imports and worried about how it will impact the economy’s recovery from the pandemic.

Dennis Darby, the chief executive of the Canadian Manufacturers and Exporters, says in a statement that the tariff is ‘unjustified and unnecessary.’

Trump accuses Canada of breaking a promise not to flood the U.S. market with aluminum, an accusation Canada and its aluminum producers say is completely false.

Freeland says Ottawa has a long list of U.S. products containing aluminum to possibly target for the retaliation, including washing machines, golf clubs and exercise equipment.

She says the government will spend the next 30 days consulting with the domestic industry to determine which items on the list will end up being targeted.

Freeland says the goal is to inflict the least damage on Canada while having the “strongest possible impact” on the United States.

Canada responded with a slew of tariffs of U.S. products including ketchup, coffee, strawberry jam and whisky before the two countries dropped their efforts and agreed to a new North American free trade deal.