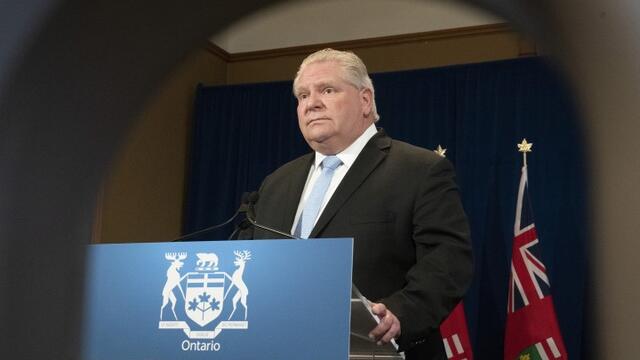 The NDP is refusing to cooperate after reportedly being informed by the Ford government that it plans to shut down the legislature, potentially switching to virtual parliamentary sessions by Wednesday, April 21.

Ontario NDP Leader Andrea Horwath said her party’s MPPs will refuse to cooperate until the government has “reversed its dangerous police-state orders in their entirety” and replaced them with public health measures to stop COVID-19.

“At the height of this crisis, Doug Ford wants to shut down the legislature. He wants to cut and run,” said Horwath, who warned that Ontario hospitals would only become more overcrowded if Ford’s plan isn’t fixed.

“Public health leaders, science table members, municipal leaders and all opposition parties have called on Ford to deliver paid sick leave to stop the spread of virus, and he’s refused. Instead, he’s recklessly chosen policing over public health — a move that will needlessly target racialized Ontarians who are already shouldering a disproportionate share of the pandemic’s negative impact,” Del Duca said.

No official announcement has come from the province at this time.

Horwath and the NDP caucus sent a letter to the Ford government, detailing their refusal to cooperate with the legislature’s suspension until the government has:

“We are not prepared to help Doug Ford go home, leaving a police-state in place while he allows COVID-19 to run rampant, overrun hospitals, and steal the lives of Ontarians who would otherwise make it through this,” said Horwath.

The province announced a series of harsh new restrictions on Friday, including giving police the authority to randomly stop residents who are away from home and enforce the stay-at-home order.

The government has sinced rolled back the new police powers amid widespread criticism and backlash, with Solicitor General Sylvia Jones stating that police will only be able to stop people who they have reason to believe are participating in an “organized public event or social gathering.”