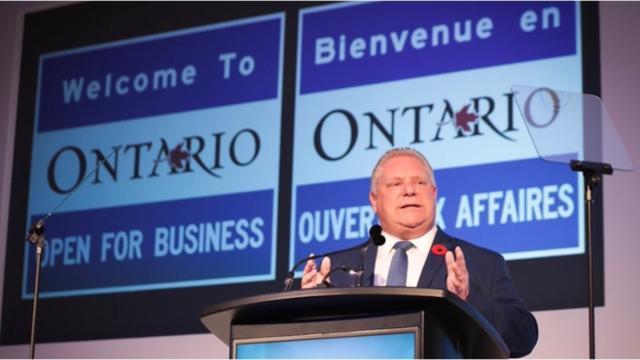 The Ontario government is challenging the federal Greenhouse Gas Pollution Pricing act at the Court of Appeal from April 15th to the 18th.

Ontario is arguing that the provinces have the first hand to regulate greenhouse gas emissions and that the carbon tax acts as a disguised tax.

The federal carbon tax has been in effect since April 1. It currently increases the price of gasoline in Ontario by 4.4 cents per litre. However, the goal of the tax is to fight climate change and encourage energy efficient practices by adding an additional fee every time someone purchases products such as gasoline, diesel and natural gas. Alternatively, carbon-free alternatives will be made cheaper.

However, one thing the Ontario government does not mention is the Climate Action Incentive tax rebate. Since Ontario did not create a carbon tax plan that met the federal government standard, the carbon tax will be levied. So, Ontarians can expect a rebate of $154 for individuals, $231 for couples and even more for couples with dependent children. According to the federal government, this rebate is a form of redistributing the tax from business to the citizens.

The Ford government has already enacted the Made-in-Ontario Environment Plan which aims to reduce emissions to 30 per cent below 2005 levels by 2030, which was suppose to be accomplished without the carbon tax.

Ford has also created a new law called the Federal Carbon Tax Transparency Act. This law states that every gas station across Ontario will face a fine of up to $10,000 a day if they don’t display a government-issued sticker. The sticker says that due to the carbon tax there will be an increase of 4.4 cents per litre in gas prices and will be up 11 cents per litre by 2022. 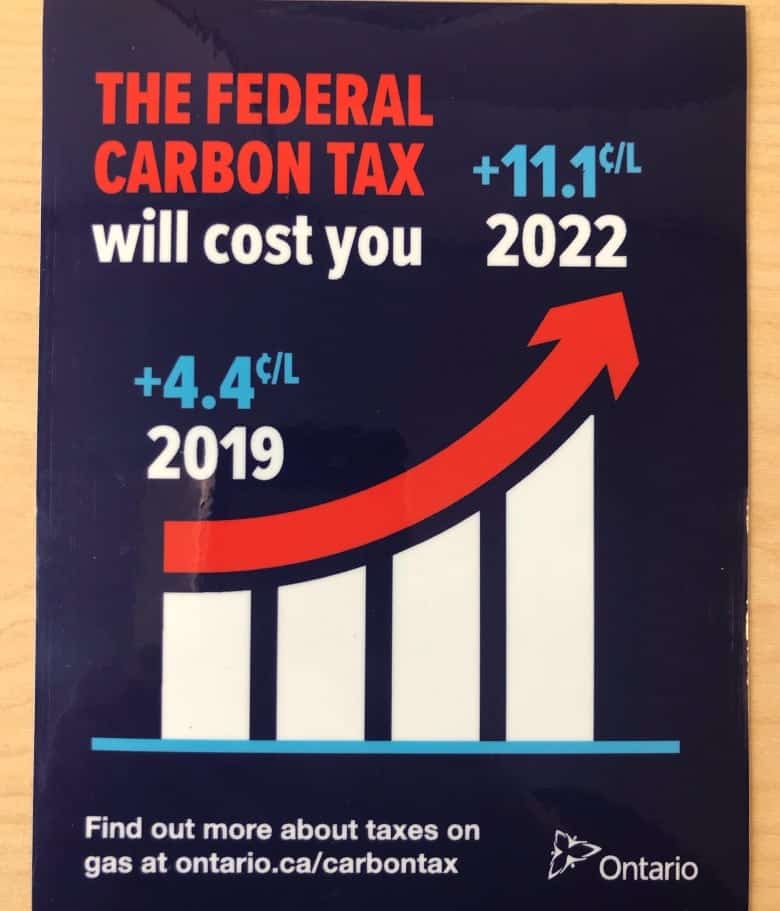 The fines vary for independent gas station owners. They can be fined up to $500 per day or $1,00 per day if the offence continues for a longer period of time.

Government inspectors will also be sent to gas stations province-wide to make sure operators are displaying the stickers properly.

Greg Rickford, Minister of Energy, Northern Development and Mines says, “the people of Ontario deserve to know the full truth about how the federal carbon tax will make their lives more unaffordable.” He continues, “instead of punishing low- and middle-income families, we encourage the federal government to follow the approach we took with our Made-in-Ontario Environment Plan that will reduce emissions without imposing a job-killing carbon tax on the people of our province.”

On September 14, 2018, the Ontario government filed a statement and by November 30, they filed its factum to the Court of Appeal. They stated that “putting a price on greenhouse gas emissions is not within the power of the federal government” and “the federal act imposes unconstitutional taxes contrary to Section 53 of the Constitution Act.”

Saskatchewan and New Brunswick have also taken on the same fight as Ontario. While, British Columbia and Alberta are among the provinces that already have a carbon tax in place.

Photo courtesy of the Ontario government.