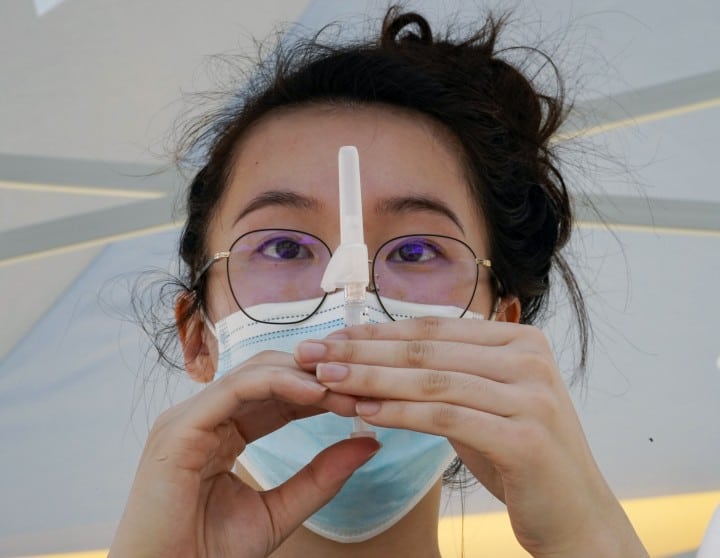 OTTAWA — As demand for flu shots appears to be up across the country, the Public Health Agency of Canada is working with suppliers to order more doses — a feat that could prove more difficult than it sounds.

In a written statement, an official from the federal agency said production of flu vaccine is usually finished by the end of October. Canada can only find additional doses from other countries that ordered more than they can use, or possibly from suppliers who produced more doses per batch than expected.

“Discussions are continuing with Canada’s influenza vaccine suppliers to identify any additional vaccine that they may have available for Canada,” said the statement sent late Wednesday.

It will not be until later this month, or early in December, that the agency will know if more doses can be found, the statement said.

Public health officials and politicians have asked “every” Canadian to get vaccinated against influenza so that hospitals overwhelmed by COVID-19 don’t also get hit with a flu-season tsunami.

Orders for the flu vaccine begin in February, based on last year’s uptake. Provinces submit their requests to the Public Health Agency of Canada, which puts in a bulk order.

The agency’s statement said this year it asked provinces to consider revising their asks, given the pandemic. Every province then ordered more than last year, most by at least 20 per cent.

Nationally, the public health agency says more than 13.9 million doses have been secured now, compared to 11.2 million in 2019.

Cole Davidson, a spokesman for federal Health Minister Patty Hajdu, said Thursday that 95 per cent of those doses have now been delivered to the provinces.

“That’s why we encouraged provinces and territories to review and assess their needs, and worked with them to make Canada’s highest-ever order of seasonal flu shots.”

The order is enough to inoculate about 37 per cent of Canadians.

Since flu-shot season began last month, there have been reports in many provinces of a significant uptick in demand, with long lines outside pharmacies, appointments at public health clinics booked solid and some doctors’ offices saying they did not receive enough vaccine to fulfil their patients’ requests for it.

Rexall cancelled most of its flu-shot appointments in Ontario this week because of what the company calls a “provincewide supply issue.”

Ontario has officially requested more doses so far. Alberta reports having vaccinated nearly 600,000 people in just the first week the flu shot was available there. That’s more than a quarter of the 1.96 million doses Alberta ordered.

Justin Bates, CEO of the Ontario Pharmacists Association, said he isn’t ready to say there is an actual shortage of flu shots this year. He said it could be more that demand has been higher right off the top, rather than spread out, and that the distribution of the supply between pharmacies, public health clinics and doctors’ offices might not be matching up with where most people are trying to get a vaccine.

“I wouldn’t call it a shortage per se,” he said. “I think until we get until the end of November, December, we’ll have a better sense of demand in the system versus overall supply.”

Bates said there are lessons to be learned from this experience for both the COVID-19 vaccine program that is widely expected in 2021, and next year’s flu season.

Conservative health critic Michelle Rempel Garner said it’s not yet clear whether Canada didn’t buy enough vaccine doses but she said she does think governments need to be more transparent about what is happening.

Prime Minister Justin Trudeau said earlier this week the government is working with the provinces “to ensure that we’re going to have enough flu vaccine for everyone.”

But at 13.9 million doses, that is well shy of enough for everyone, said Rempel Garner.

“The prime minister is coming out and saying every Canadian is going to have a flu shot, but then they didn’t order that much,” she said.

“So is that a procurement failure? Is it a public policy failure? Do they have advice from doctors saying that that’s how many we need? I don’t know. That’s the problem.”

She said that the upcoming COVID-19 vaccine program should make it much clearer to Canadians about who should be getting it, when, and where they should go to do that.