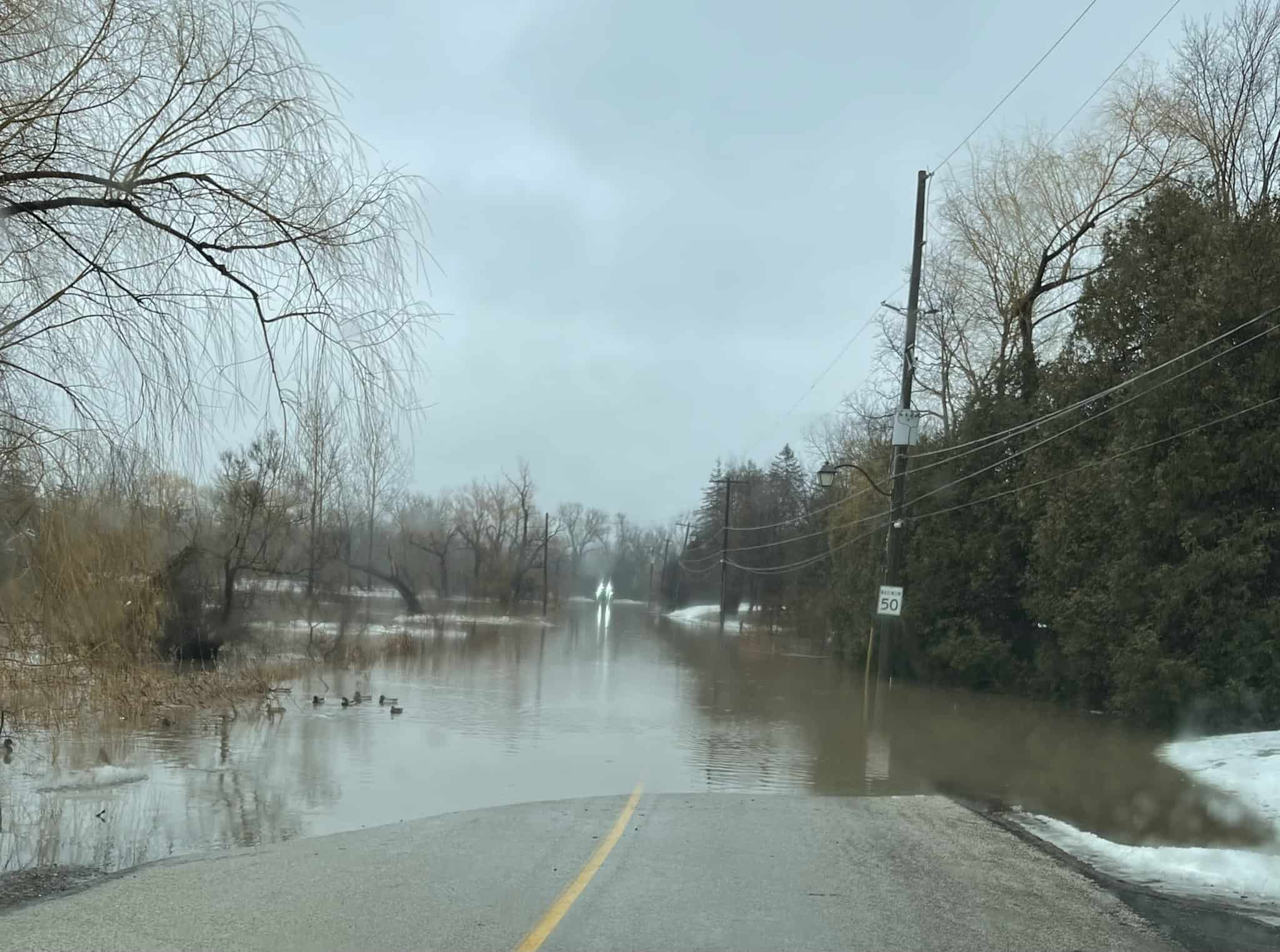 Some Brampton streets are beginning to reopen after flood waters caused closures in the Churchville Road area on Thursday (Feb. 17).

Officials say Creditview Road and parts of Churchville Road have been reopened.

The city says the flooding started around noon on Thursday as an ice jam and rain caused parts of the Credit River to overflow.

Some 100 homes in the area of Churchville Road and Steeles Avenue West were evacuated. Brampton Fire Chief Bill Boyes said on Friday that there were no injuries reported due to the rising waters, which reached up to about six feet deep in some areas.

Displaced residents can call 3-1-1 for information or to access emergency services.

The City of Brampton is making flood kits available to residents impacted by the ice jam and flooding. The kits are equipped with items such as garbage bags, gloves, cleaning supplies and will be dropped off at the homes of impacted residents in the coming days.

Once residents are granted permission by City of Brampton Emergency Management staff to safely return to their property, residents will need to contact the Electrical Safety Authority to authorise the safe return of power to any impacted property.

The city says Enbridge Gas representatives will go door-to-door to enter homes and businesses once it is safe to do so in order to restore gas service and relight natural gas appliances.

Residents are being advised not to attempt to relight your own appliances as appliances that were submerged in water may not function safely and require an inspection.

Floodwaters can also contain sewage and chemicals, as well as dangerous debris.

Do not drive or walk through floodwaters, and the walkways and roadways beneath may have weakened and become unsafe.

For insurance-related questions, residents should contact their insurance provider or the Insurance Bureau of Canada’s Consumer Information Centre (CIC) at 1-844-227-5422 or by emailing [email protected]