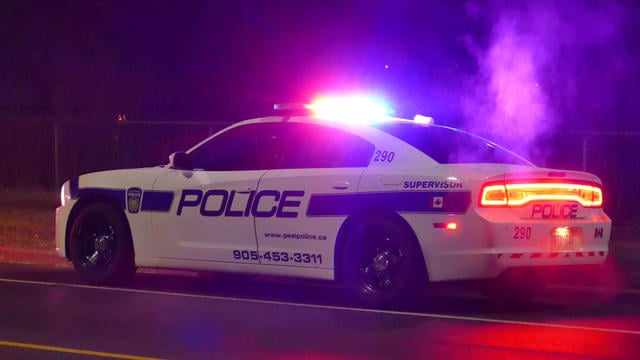 Five suspects are on the run early Monday following an armed home invasion in Mississauga.

Emergency crews were sent to a home along Queen Frederica Dr., near Bloor St., at 11:40 p.m. Sunday.

A handful of suspects entered — three people were home at the time.

One of the victims managed to get outside and call 911, prompting the suspects to flee in a vehicle.

“Everbody’s outstanding right now,” Sohi said, adding the suspects “made off with some jewelry.”

Four of the suspects are described as black males.

The fifth suspect is described as Hispanic.

Investigators from the central robbery unit have the case.