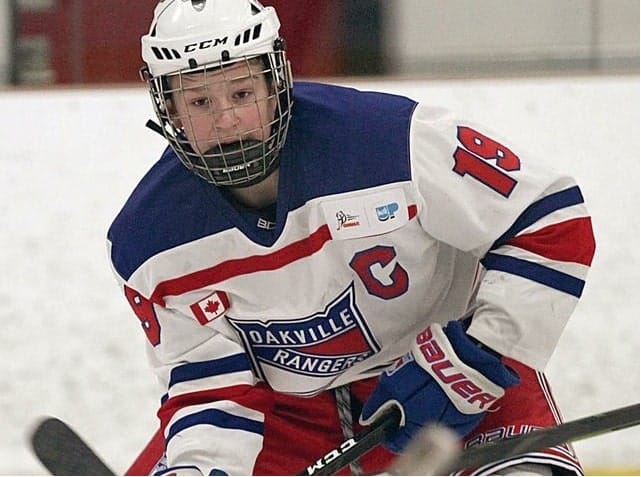 The Ontario Hockey League priority selection draft is just a checkpoint in the long road to a pro hockey career, but Calum Ritchie and a five other quartet of Oakville Rangers teammates lived up to the hype on Friday.

Ritchie, a 16-year-old centre whose playmaking has elicited comparisons to the Winnipeg Jets’ Mark Scheifele, was the second overall pick by the Oshawa Generals. That potentially would put him in the same division of the OHL as his 19-year-old brother Ethan Ritchie, who played for the Kingston Frontenacs in 2019-20 season before the league paused competition due to the COVID-19 pandemic.

Before the first round was half over, four other Rangers had come off the draft board:

Bronson Ride, a 6-foot-5½, 200-pound defenceman who was also a member of the Rangers under-16 team, was also chosen No. 20 overall by the Windsor Spitfires.

Ride was the first choice of the second round. The opening round had only 19 picks after the Niagara IceDogs were stripped of theirs as punishment for a recruiting violation.