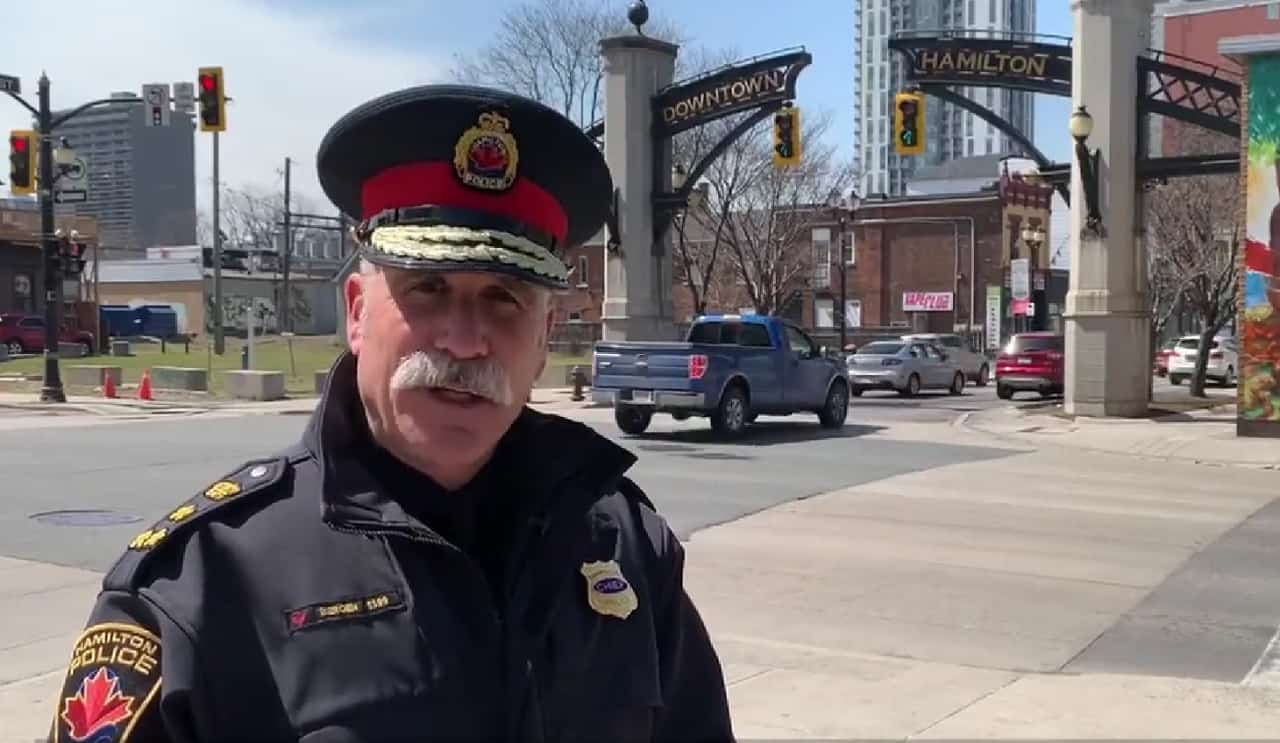 Police in Hamilton say shootings are up by one-fourth over this time last year, after officers responded to three within a 30-hour span last weekend.

In a statement, Hamilton Police say that since Nov. 27, one week ago Sunday, the city has had five shootings, two robberies where a firearm was shown and one robbery where the suspects threatened the victim with a knife and taser. They add there has been a 24-per-cent increase in shootings compared to the same point in 2021. The city also has a higher sustained violent crime severity index, which is 16% higher than the crime severity Hamilton experienced in 2018.

“We should all be disturbed by the events over the weekend. We can’t be lulled into complacency by accepting this is what our city has become,” Hamilton Police Chief Frank Bergen stated on Monday.

Hamilton Police say they will be dedicating further resources to concentrate on addressing these violent crimes.

Taking the most recent first, the three shootings all occurred downtown.

Police were also able to seize two crimes guns over the weekend. A pistol with extended magazine capacity was seized when a warrant was carried out  on Dec. 2 . A gun was found in a car after the shooting near Catharine St. on Sunday.

“I have seen these numbers rise since I joined Hamilton Police Service in 2018,” Bergen stated. “This can’t be our new normal. Thanks to our members for their hard work in tackling these challenging issues. We have to be relentless in addressing crime and work closely with our community to find solutions to the increasing trend.”