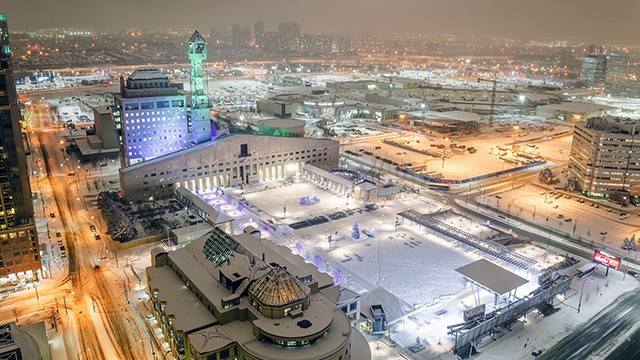 It looks like winter is about to rear its ugly head (or beautiful head, if you’re into snow and cold).

According to a weather statement issued by Environment Canada, inclement weather is headed to the Peel and Halton regions (Mississauga, Brampton, Caledon, Burlington, Oakville, Milton and Halton Hills).

The weather agency says there is “potential for some brief heavy snow along a cold front late today.”

In more grim news, it also says that a more widespread snowfall is likely Monday and Monday night.

Environment Canada says an arctic cold front will cross Southern Ontario late this afternoon and persist into the evening. It could be accompanied by a “burst of heavier snow” with reduced visibilities (meaning driving will be more challenging).

Some places will see about two centimetres of snow accumulate in a short period of time.

Environment Canada says that on Monday, a general snowfall of 5 to 10 cm “appears likely.”

That said, it does not expect to have to issue a snowfall warning.

The snow will begin during the day on Monday and taper off later Monday night.