Fireworks are officially banned in Brampton 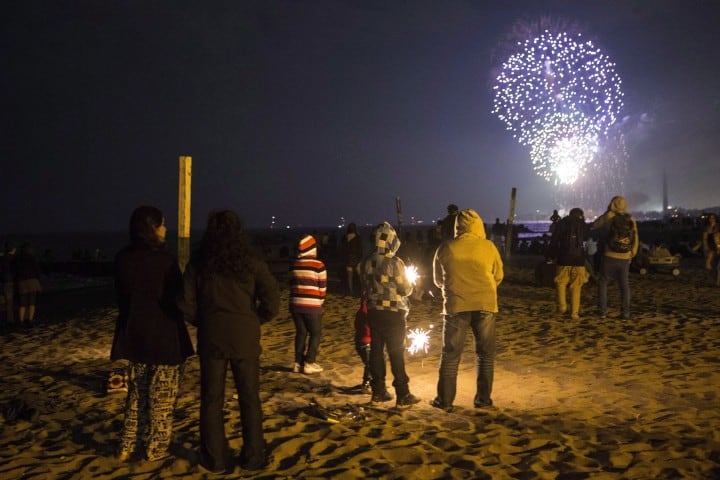 Residents of Brampton will no longer be allowed to set off personal fireworks after city councillors approved a recommendation for a ban following a surge in complaints.

The new ban, which was approved by councillors during a late public meeting Monday night, amends the city’s current bylaw to immediately prohibit the use and sale of fireworks.

The film industry and city-run events are excluded from the ban.

Coun. Guratap Singh Toor, who seconded the motion, told the meeting that councillors “heard loud and clear, even through the election campaign, about the issue.”

Until the motion passed Monday night, only short-range fireworks — ones that only travel three metres — were allowed on private property in Brampton on Victoria Day, Canada Day, Diwali and New Year’s Eve.

None of the people who spoke at delegations prior to the vote were in favour of the ban.

“I don’t understand how a blanket ban will stop activity that’s already happening in Brampton,” Tom Jacobs, president of Rocket Fireworks, told councillors before the vote, adding that people would continue to buy fireworks online.

Others spoke about how fireworks were part of their family gatherings for Diwalli, or suggested the recent increase in complaints about fireworks was a result of people being homebound during the COVID-19 pandemic.

They also said most of the problems were from people who were using types of fireworks that are already prohibited in Brampton.

Brampton received 1,491 calls related to fireworks in 2022, up from 492 in 2018, according to city councillor Dennis Keenan, who introduced the motion last week during a committee of council meeting.

Keenan also said in his motion that the city’s bylaw and enforcement team has issued $38,000 in fines this year, and excessive noise, fire-safety concerns and left-over garbage piles are among the grievances received.

“I do not believe that the period of COVID was the cause, the outpouring of people celebrating with fireworks because even during COVID, we did see fireworks across the city,” Singh Toor told Monday night’s meeting.

“Banning the use and sale of fireworks in our city would do a lot better to improve the air quality in our city on a lot of days throughout the year, in light of such a devastating pandemic as the COVID, which is a respiratory illness,” he added.

Environment Canada warned last month that “high levels of air pollution” were anticipated across the Greater Toronto Area due to expected fireworks for Diwali, prompting questions about why the major Hindu holiday was singled out.

The agency later updated its statement to remove the mention of Diwali.

Fines will now increase for fireworks use in Brampton. There will also be a new, annual city-run Diwali celebration event with fireworks, similar to those on Canada Day and New Year’s Eve in 2023.

Mayor Patrick Brown said in a statement last week that residents should be able to celebrate holidays safely, without disruption, excessive noise or debris.

The new by-law will boost these fines to a minimum of $500 for discharging fireworks and $1,000 for selling them.