Firefighting Camp for Girls Kicks Off in Mississauga 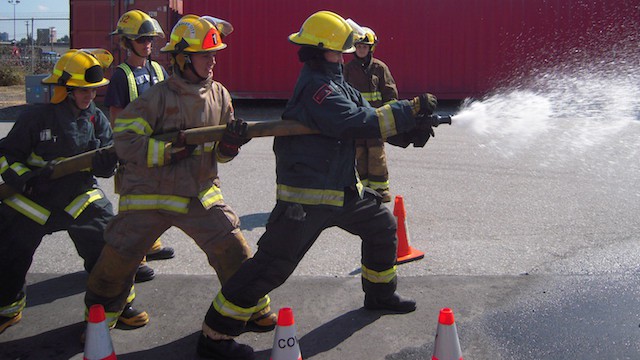 Good news for girls interested in firefighting—a new camp designed to foster female interest in the industry is now underway in Mississauga, according to a recent CBC News article.

Shelli Varela, captain of Mississauga Fire and Emergency Services (and the first female firefighter in the city), said that participants in Camp Ignite will “get an overview of the rewarding job of firefighting,” according to the CBC.

According to the article, 20 girls aged 15 to 19 will learn basics surrounding firefighting, pump and ladder operations, technical rescue and forcible entry and more. All the girls will be working with members of the Mississauga Fire and Emergency Services.

Varela told the CBC the camp is a “mini-version of what a recruit firefighter would get.”

As for why the camp was founded, Varela told the news outlet that girls don’t typically experience the same emotional connection to firefighting that males do. The camp will, ideally, open girl’s minds to a career in an industry they might not have thought to enter previously.

Here’s a brief rundown of the workshops:

According to the CBC, Tim Beckett, fire chief of Mississauga Fire and Emergency Services, said that the fire department wants more female applicants.

“Diversity in our fire service is an extremely important issue for us. It’s essential that residents are able to see themselves in the crews that are proudly serving their city,” he said, as reported by the CBC. “We are encouraged that women are applying to the fire service but it’s not happening in the numbers that it would take to make a significant difference and we want to change that.”