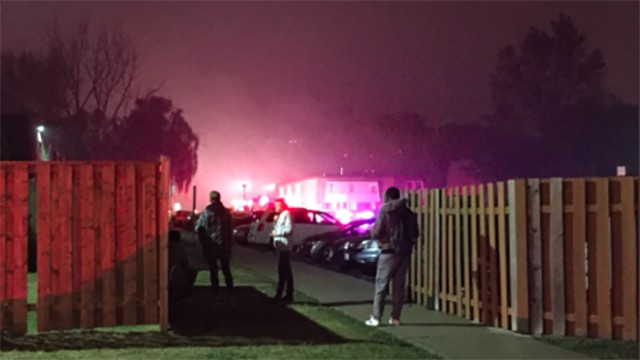 Emergency crews rushed to the scene of a three-alarm fire in Mississauga early Saturday.

Fire is on the roof, which was starting to cave, say Mississauga Fire officials.

Nearby homes were evacuated.

It took about five hours for firefighters to get the blaze under control.

It’s unclear how many residents are displaced.

Mississauga firefighters, Peel police, and paramedics are on scene.

There’s no word yet on injuries.