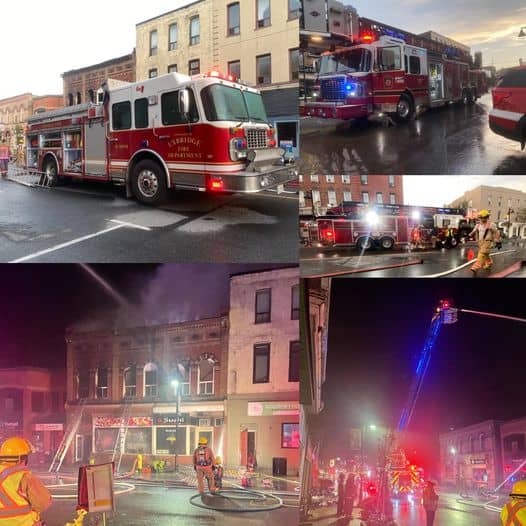 Brock Street West is closed in downtown Uxbridge between Toronto and Main streets as firefighters clean up after a fire this morning.

Uxbridge Fire, with the help of Stouffville and Scugog departments, were able to contain the blaze to a single building with “limited” fire damage to adjoining structures.

Uxbridge Mayor Dave Barton thanked the town’s “incredible team of firefighters” for keeping the fire under control and gave thanks to the Brock Fire Department as well for back up support while the Uxbridge crew were at the fire scene.

There were no reported injuries from the fire and the Ontario Fire Marshal is expected onsite to determine the cause. Expect Brock Street to be closed to vehicular traffic for cleanup for much of the morning at least.

Durham Social Services and Durham Region Transit have been on scene and will assist with residents who have been displaced.

“Our hearts go out to the business owners and residents as they deal with the long term impacts of this fire,” Barton said.