Millions in damage after fire at new Mount Hope subdivision 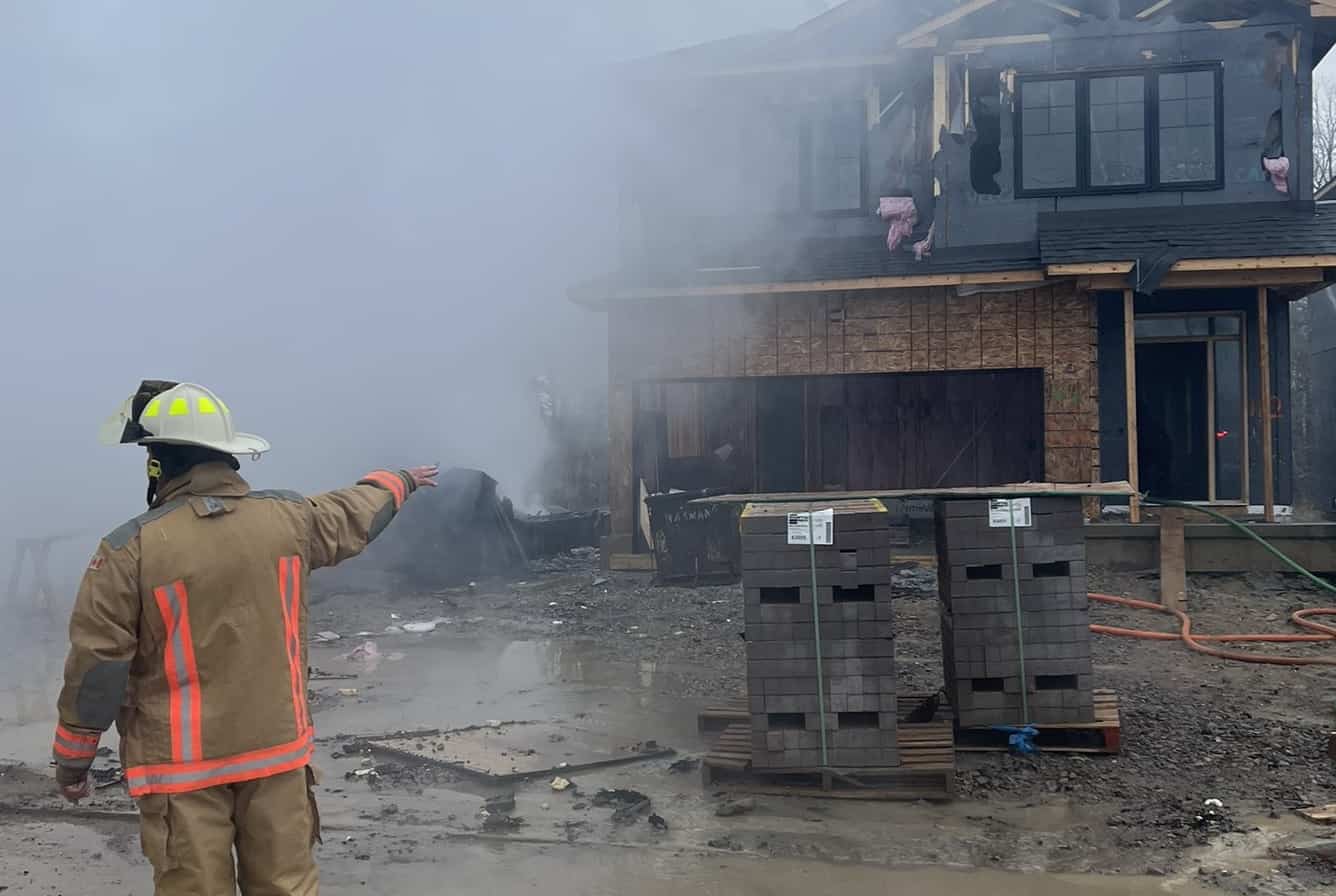 Firefighters in Hamilton worked around the muck and mire Tuesday to battle a blaze in a new subdivision development, where the damages incurred were described by the fire chief as “a multi-million dollar loss.”

At 1:22 p.m., Hamilton Fire Department received reports of a structure fire on Blackbird Way off Marion St. in Mount Hope, on the west Hamilton Mountain. Hamilton Fire Chief Dave Cunliffe wrote later in the afternoon that the fire “consumed” four homes that were being built in the subdivision. One had already collapsed by the time firefighters arrived. Another five houses sustained heat and water dmaage.

“While en route, crews responded heavy smoke could be seen from the areas of Twenty Road as well as White Church Road,” Cunliffe stated. “First arriving crews reported a well-involved fire in multiple single-family homes under construction and that one house had already collapsed.

“Due to the size and rapid spread of the fire, defensive firefighting operations were deployed. Utilizing two aerial devices with large volume master streams in addition to numerous large volume hand line hose being operated by firefighters, the advancing fire was cut off in a row of homes, but not before it consumed four homes.

“An additional house directly adjacent to the fourth involved home and four homes directly across the street from the involved structures sustained heat and water damage,” Cunliffe added.

It took a half-hour for HFD fireighters to get control of the blaze. Crews were on the scene for much of the afternoon. The cause of the fire is not yet known, and the extent of the damage prompted HFD to notify the provincial Office of the Fire Marshal.

Firefighters are currently extinguishing a fire that has damaged 4 homes under construction on Blackbird Way in Mount Hope #HamOnt. No injuries reported. Crews will be on scene most of the afternoon. pic.twitter.com/UIGCL78spY

While the cause of this blaze is undetermined, there are a variety of reasons for why buildings that are under construction are vulnerable to catching fire.

Those include the presence of combustible fuels and materials (such as propane, fuel, adhesives and fibrous insulation) on the site, an amassing of construction debris, or a fuel line being improperly installed. Construction sites are also considered to be at high risk for arson and vandalism.