Fire department and paramedics respond to residential fire in Hamilton 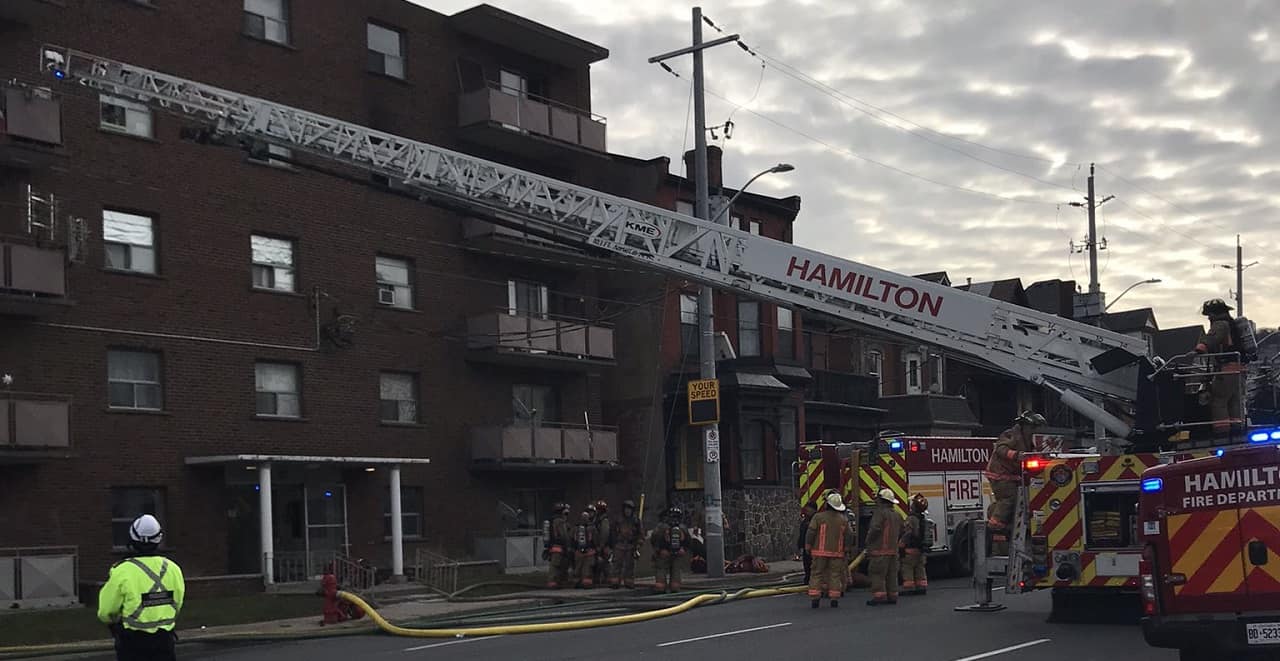 Two people are being treated by paramedics after a fire broke out in Hamilton today (Jan. 8).

The incident was reported early this afternoon at an apartment building at 37 Wellington St S near Main St E.

The fire has since been knocked down.

Hamilton Fire confirms that two people have been removed from the scene and are now under the care of Hamilton paramedics. No other injuries were reported.

The cause of the fire is unknown.

Hamilton Fire crews are expected to remain on the scene for some time.