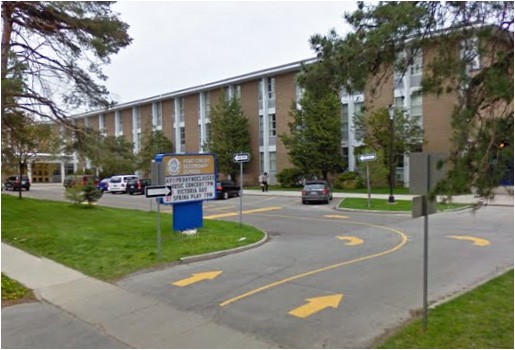 The cause of a fire at a Mississauga high school early Tuesday morning is currently under investigation.

The fire broke out on the roof of Port Credit Secondary School at around 5:15 a.m., according to the Mississauga News.

While the fire was promptly reported and put out by firefighters, a few of the upper-floor classrooms sustained smoke and water damage, according to Platoon Chief Dan Ennamorato. No injuries were reported.

Inspectors are on scene to determine the cause of the fire. It looks to have started in an area of the roof that was under construction.

Stay tuned for any updates on the investigation.