Fire Breaks Out in Mississauga 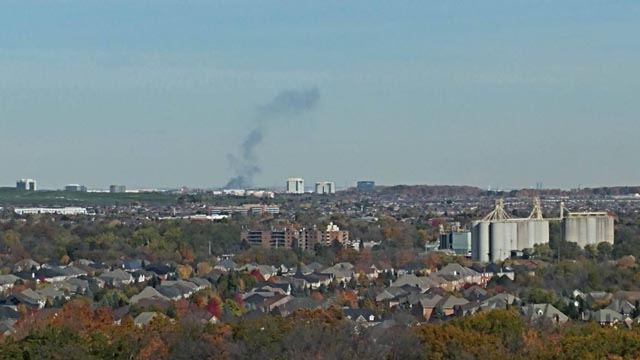 Earlier today, a fire that started in a truck spread to a nearby building in Mississauga.

Shortly after 12:30 p.m., Peel police reported that a truck fire had broken out in the Northwest Drive and Caravelle Drive area in the city.

Soon afterwards, they reported that the fire had spread to part of the building and although there were no known injuries, they asked residents to please avoid the area.

Now, it appears that the fire has been extinguished.

That said, it might be best to avoid the area for the time being.

The #Fire has been put out. No injuries reported.