Fire breaks out at a Mississauga plaza 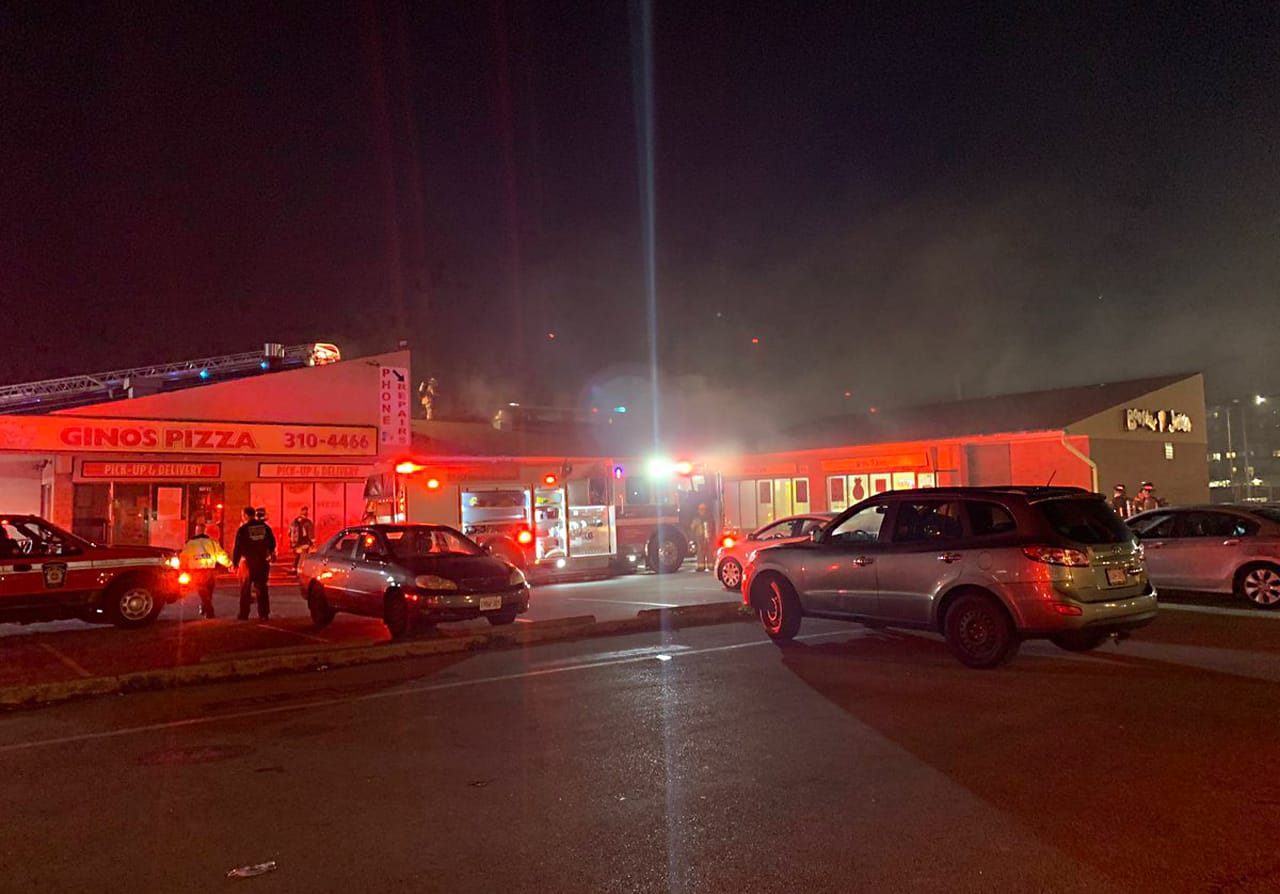 A fire broke out at a Mississauga plaza on Thursday (Nov. 3) night.

There was a lot of smoke when crews arrived to the plaza, which has Gino’s Pizza, Booster Juice and Tech-Sync Inc.

Crews used thermal imaging devices to locate the source, which turned out to be in the basement. The visibility was poor in the basement and there were many items stored there making it challenging for crews. The fire wasn’t under control until about 7:45 p.m.

“It took them a while to find it to get a good handle on it,” Train says.

Everyone got out of the building safely and there were no injuries reported.

Train says the cause of the fire is not yet known. There is also no dollar value estimate on the damage but the fire didn’t destroy the building.

A health inspector will assess the smoke damage in the two restaurants.