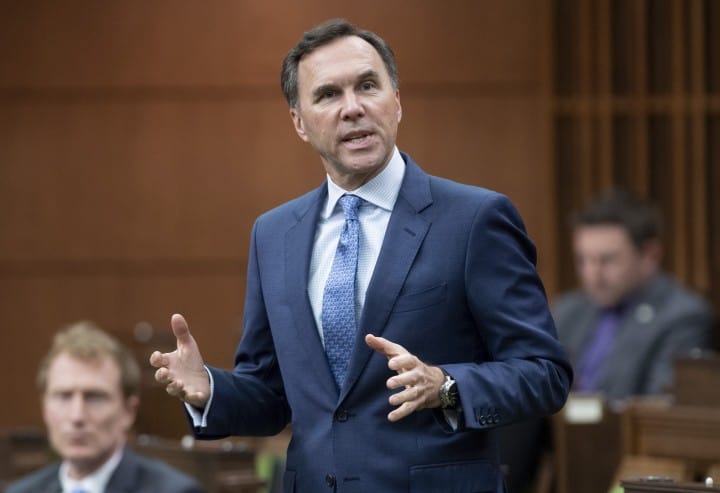 OTTAWA — Bill Morneau is resigning as the federal minister of finance and a Liberal MP.

Morneau, who has been in the role since 2016, says he is putting his name forward as a candidate to lead the Organization for Economic Cooperation and Development.

For several weeks, opposition parties have been calling for Morneau’s resignation over allegations that he had a conflict of interest in the WE Charity affair.

Morneau and Prime Minister Justin Trudeau are both facing investigations by the federal ethics watchdog.

The recent news that Mark Carney, a former governor of both the Bank of Canada and Bank of England, is helping to advise Trudeau on the post-pandemic economic recovery fuelled speculation that Morneau was about to be replaced.

Last week, Prime Minister Justin Trudeau tried to shut down speculation that his finance minister was on the way out, taking the unusual step of issuing a statement to say he had full confidence in Morneau and that reports of policy clashes between them were false.