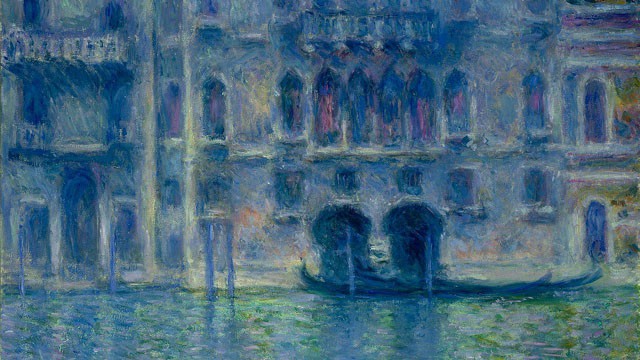 You don’t have to go to Europe (or even the AGO) to experience truly fine art.

The world’s greatest art exhibitions and galleries are being featured on the big screen, and you can watch them right here in Mississauga.

The cinematic tour of exhibits, titled In the Gallery, is running at the Courtney Park Cineplex starting Feb. 22.

Here’s a breakdown of what’s in store:

Award-winning documentary director Phil Grabsky’s I, Claude Monet – Exhibition on Screen features the renowned French impressionist leader – an influential painter of the 19th and early 20th centuries – by delving into the mind of the man who suffered from depression, loneliness, and suicide through his letters and other private writings.

Revolution – New Art for a New World brings the artists of the Russian Avant-Garde to life, telling the stories of artists such as Chagall, Kandinsky, Malevich and other pioneers who flourished in response to the Utopian challenge of building a New Art for a New World, only to be broken by implacable authority after 15 short years. Drawing on the collections of major Russian institutions, contributions from contemporary artists, curators, and performers and personal testimony from the descendants of those involved, this feature documentary encapsulates a momentous period in the history of Russia and the Russian Avant-Garde.

It’s a story closely tied to a love of gardens and a desire to preserve nature in a rapidly urbanizing nation. This film, which travels to studios, gardens and famous locations throughout the U.S., U.K. and France, is based on the popular exhibition ‘The Artist’s Garden: American Impressionism and the Garden Movement, 1887–1920’ from the Florence Griswold Museum in Connecticut, widely considered a home of American Impressionism. Taking its lead from French artists such as Renoir and Cezanne, the American impressionist movement followed its own path which over a 30-year period reveals as much about the U.S. as a nation as it does about its art as a creative powerhouse.

Coinciding with a new exhibition at the National Gallery of London, this film offers a full and fresh biography of Michelangelo who, with Leonardo, is considered one of the greatest artists of the Renaissance – and perhaps of all time. This film explores his relationship with his contemporaries and his immense artistic practice that included painting, sculpture and architecture. Among the works explored are the universally adored David in Florence, the Sistine Chapel in Rome and The Manchester Madonna, currently at the National Gallery.