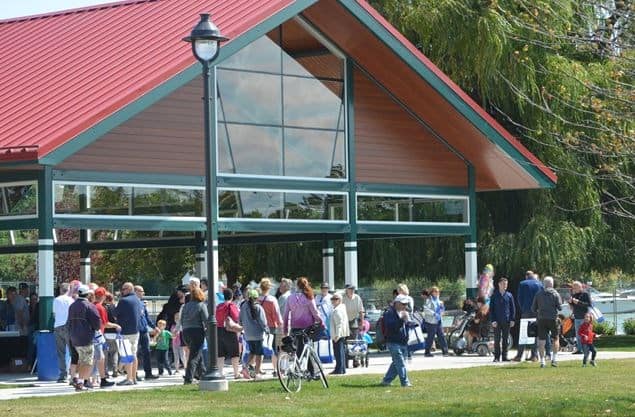 St Catharines is giving a heads-up to its residents. The film production that began at Lakeside Park last Thursday will continue to block portions of the area until this Saturday (November 6).

Said the city last Thursday, “Over the coming week, there will be intermittent disruptions to portions of the parking lot, and amenities at, Lakeside Park (including the beach) in Port Dalhousie due to a film production. Preparation and staging is expected to begin as early as this evening.”

While the city didn’t say what film was being shot down there, it’s believed to be called “Christmas On Mistletoe Lake”, a LifeTime channel Christmas movie.

(Above, the pavillion at Lakeside Park, below courtesy of the St. Catharines Museum and Welland Canal Centre is Lakeside Park Beach in 1943. Note the 12-foot side in the water, top left) 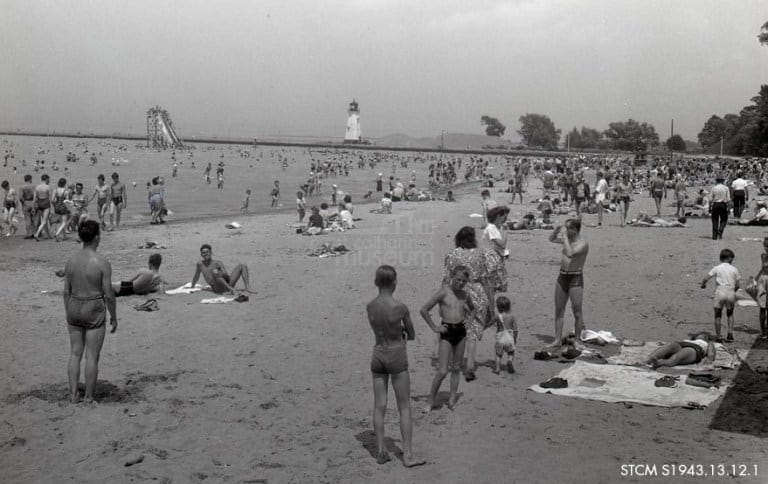