Feeling hangry? Hamilton has a new Piri Piri chicken joint to help with that 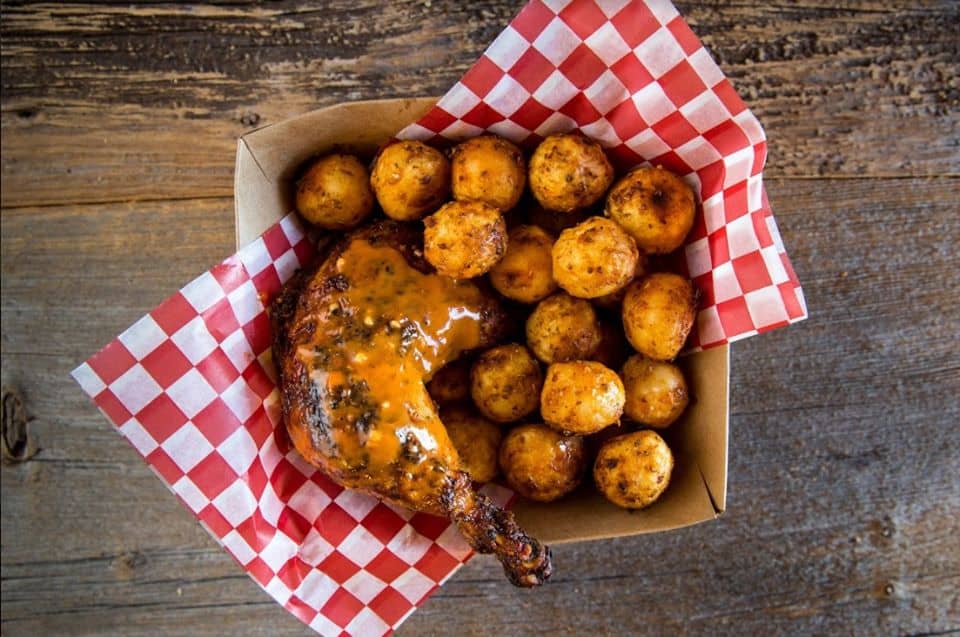 There’s a new Piri Piri chicken joint in Hamilton and it looks delicious.

There’s a new Piri Piri chicken joint in Hamilton and it looks delicious.

Hangry Chicken opened its second store in Stoney Creek on Monday (August 17) and, so far, they’ve received a warm welcome.

The new storefront, at the Winona Crossing plaza (near the Costco and beside Pizza Hut), is the second location for this Ontario-based eatery.

Hangry’s first store opened in Burlington (near Dundas and Walkers) in the Fall of 2019 and they’ve quickly developed a loyal following.

“Get ready to go from Hangry to Happy in a flash, with our flocking delicious Piri Piri chicken and kicked-up sides!,” one of the restaurant’s Instagram posts boasts.

“We take our menu seriously and have put a lot of thought into what we’re dishing up, so all you have to think about is satisfying your craving.”

Hangry Chicken is a quick-service style restaurant but the menu is full of items that defy one’s impression of traditional fast food.

Their chicken and ingredients are locally and ethically sourced and food is prepared fresh.

“Our chicken is raised with 100% organic feed, no GMO, no antibiotics or chemicals of any kind and original created habitat,” Hangry’s claims.

So while it’s their Piri Piri chicken is putting Hangry’s on the map, they’re other menu items are getting a lot of attention from people on social media.

Hangry’s version of a Canadian classic provides a little Portuguese punch in the Piri Piri poutine and they also serve up tacos and chicken sandwiches that have customers raving.

Seeing as how Hamilton has a reputation for having some of the best Piri Piri chicken joints around, we’ll likely be hearing a lot about Hangry Chicken in the weeks and months to come and how it holds up to our community’s pretty high standard.

The new Hangry Chicken is now open at Winona Crossing seven days a week from 11:30 to 8 pm.