Feds to introduce bill dropping some restrictions on assisted dying 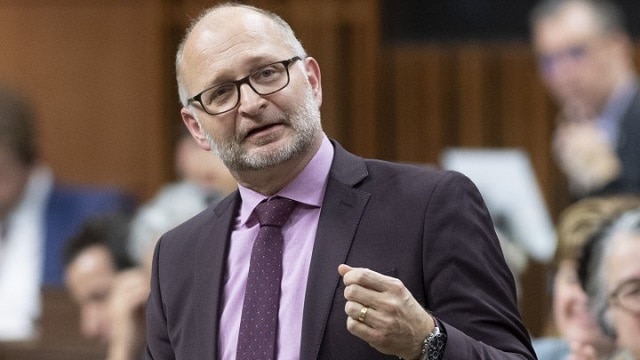 OTTAWA — The Trudeau government promises to introduce legislation today aimed at making it easier for intolerably ill Canadians to get medical help to end their lives.

The bill will scrap a provision in the law that allows only those already near death to receive medical assistance in dying — as ordered by a Quebec court last fall.

But it is also expected to go further than the court ruling.

Sources say it will drop the requirement that a person must wait 10 days after being approved for an assisted death before receiving the procedure.

And it will drop the requirement that a person must be able to give consent a second time immediately prior to receiving the procedure.

The sources spoke on condition of anonymity because they were not authorized to reveal details of the bill prior to its tabling in the House of Commons this afternoon.

The bill amends a four-year-old law that was introduced by the Trudeau government following a landmark 2015 Supreme Court ruling that struck down the prohibition on medically assisted death.

Last September, on the opening day of the federal election campaign, Justice Christine Baudouin of the Superior Court of Quebec ruled that it is unconstitutional for the federal law to restrict eligibility for medically assisted death to those whose natural death is “reasonably foreseeable.”

She similarly said it’s unconstitutional for Quebec, which has its own assisted-dying law, to limit eligibility to those who are at the “end of life.”

The ruling technically applies only in Quebec but the government did not appeal it and any amendments to the federal law will apply across the country.

Baudouin gave the government until March 11 to amend the law. Justice Minister David Lametti last week asked for a four-month extension on the deadline.

Sources say today’s bill will not deal with broader issues that were excluded in the new law and that must be considered as part of a parliamentary review of the law that is to begin this summer.

Those issues include whether mature minors and those suffering only from mental illnesses should be eligible and whether people who fear losing mental capacity due to conditions like dementia should be able to make advance requests for medical assistance in dying.

It will, however, propose a measure intended to deal with a situation in which a person who has given consent and who has been approved for an assisted death loses the mental capacity to give consent a second time immediately prior to receiving the procedure.

That was the dilemma dramatically illustrated by Audrey Parker, a Halifax woman with terminal breast cancer that had spread to her brain. She pleaded with the government to amend the law but eventually chose to die with medical assistance in the fall of 2018, earlier than she wanted, rather than risk losing the capacity to give last-minute consent.

The second consent requirement has also resulted in some people losing their right to an assisted death while others have forgone needed pain medication for fear that it will impair their capacity to consent before receiving the procedure, according to Dying with Dignity Canada.

The government undertook a two-week consultation on amending the law in late January. More than 300,000 Canadians responded to an online survey on the issue.

Among other things, the survey asked whether new restrictions should be added to the law once the “reasonably foreseeable death” provision is scrapped to ensure a balance is maintained between a person’s right to choose to end his or her life and protecting vulnerable people who could be pressured into assisted death.

It asked respondents to consider, for instance, whether mandatory psychological or psychiatric evaluations should be required to determine capacity to consent. It also asked whether consultation with a specialist in a person’s particular medical condition should be required, in addition to the current mandatory two medical assessments.

Dying with Dignity Canada has warned that such safeguards, given the scarcity of specialists and long wait times for psychiatric assessments, could wind up unfairly depriving people, particularly those living outside big cities, of their right to an assisted death.

This report by The Canadian Press was first published Feb. 24, 2020.