Feds should invest $50B in green projects for post-pandemic stimulus: experts 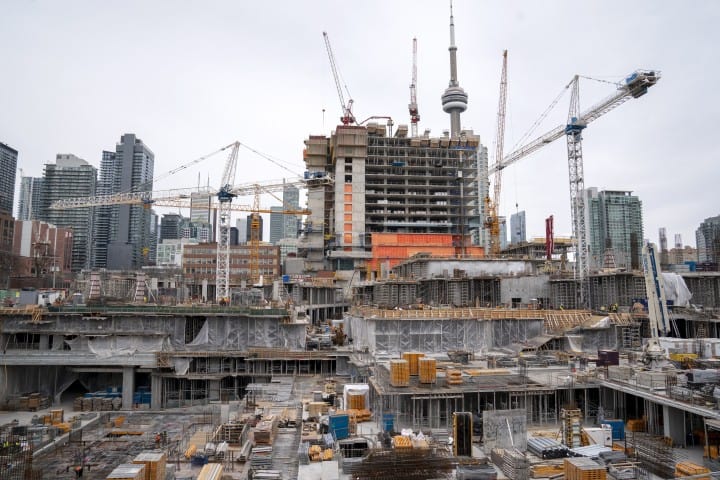 When the time comes for Canada to turn its attention to post-pandemic stimulus, a group of finance and policy experts says Ottawa needs to invest heavily in green infrastructure projects, including energy-efficient buildings, to secure an economic recovery with staying power.

The Task Force for a Resilient Recovery was struck independent of government in May, with the goal of coming up with tangible actions for governments to help get Canadians back to work while also building a low-carbon economy.

The group, which includes several business and finance experts as well as leaders of a number of policy and sustainability organizations, is releasing its preliminary report Wednesday. It comes with five overarching recommendations and 22 specific measures it believes government should take when contemplating how to kick-start the economy as Canada comes out of the COVID-19 crisis.

The recommendations total $50 billion in spending over five years.

The No. 1 proposal, which comes with the biggest price tag, suggests the federal government spend over $27 billion on retrofitting buildings to be more energy efficient.

Andy Chisholm, who sits on the board of directors of RBC and is a member of the federal government’s expert panel on sustainable finance, says “inefficient buildings,” which are not ready for the effects of climate change, represent some of the biggest financial and environmental risks for Canadian economies.

But they also present opportunities.

“This is something where an enormous number of jobs can be created, existing technologies can be accelerated and commercialized and in the event that buildings are improved through retrofit, it will result in a better environment for tenants and workers, it will result in increased value for property owners,” Chisholm said.

“It’s kind of, as they say, low-hanging fruit in many respects.”

Direct government investments in building retrofits can be used to leverage up to $35 billion in additional private capital, the task force’s report says.

Other recommendations include moving more quickly to build widescale use and accessibility of zero-emission vehicles and to support the retention and attraction of clean vehicle manufacturers in Canada.

The group also wants to see the federal government accelerate investments in the renewable energy sectors; spend more on restoring and conserving natural infrastructure and invest in ways to make working for and creating green businesses easier and more sustainable.

The ultimate goal is to ensure Canada is focusing on the future and the needs of the country in the years and decades to come if and when it starts to roll out billions of dollars in economic stimulus once the health emergency spending phase is over, Chisholm said.

“Let’s be strategic, let’s try to achieve multiple objectives, let’s be forward-looking, let’s build long-term competitiveness into the thinking so that what we’re not doing is simply restoring ourselves to where we were previously … but rather puts us in a position to be stronger going forward utilizing the new and emerging opportunities.”

Helen Mountford, vice president of climate and economics at the World Resources Institute, says recent evidence from global organizations such as the International Energy Agency indicates governments that place a strong focus on renewable energy and energy efficiency can double the number of jobs created compared to the same investments in fossil fuel recovery.

Growing green sectors also creates more opportunities for groups that have been most affected by the pandemic, she said.

“By diversifying the economy in this way and moving towards a more service-oriented economy, a much more innovative economy, you actually tend to create jobs for those groups that tend to be neglected in the workforce or to slip behind, particularly in an economic recession, such as women and youth,” Mountford said.

“The question is what’s going to be best for Canadians, and I think what we’re saying is this is an approach that really would be.”

The group hopes to complete its final report soon and get it into the hands of federal officials as they plan the next phases of Canada’s recovery.