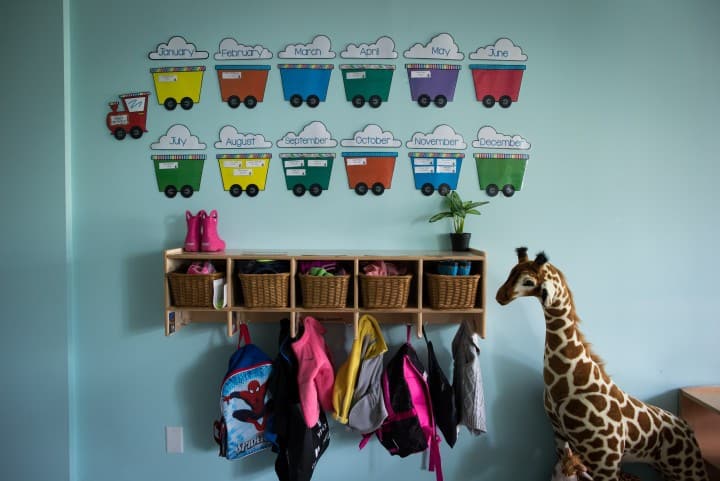 The federal government has been quietly probing how to provide provinces with more money annually for child care, as part of what sources describe as an issue that is at, or near, the top of the Liberal agenda to restart the economy.

Social Development Minister Ahmed Hussen has spent the past two weeks making phone calls to experts in the field, asking about how federal spending on child care can be better targeted.

Hussen has asked about the risks the sector faces through the shutdown and issues that need to be addressed to help centres reopen.

At the same time, the agenda for a group of deputy ministers has in recent days included child-care funding and social infrastructure, hoping to capitalize on the goodwill between the federal and provincial governments during the pandemic.

The suggestion coming through those conversations is that the Liberals are exploring how Ottawa can better co-ordinate a patchwork of provincial systems, so a lack of child care does not trip up the desired recovery from the COVID-19 shutdown in the second half of the year.

Speaking to The Canadian Press on Saturday, Hussen said a message coming to him is a desire for the federal government to help co-ordinate an area of provincial jurisdiction to ensure more uniformity across the country so “Canadians have access to affordable, accessible, quality child care as they go back to work.”

Other details come from sources inside government with knowledge of the actions and others in close contact with the Liberals and federal officials. They spoke to The Canadian Press over the course of last week on the condition of anonymity to discuss private conversations, or because they were not authorized to reveal behind-the-scenes efforts.

More than three million Canadians are out of work, according to Statistics Canada, and 2.5 million more had their hours slashed as public health restrictions forced the closure of businesses and sent workers home. Child-care centres and services have closed for all but essential workers.

The Liberals have acknowledged that getting parents back on the job, or increasing their productivity, won’t be possible without a place for their children to go, be it school or daycare. The situation is particularly acute for women, who have seen proportionately steeper job losses than men, and are more often in part-time work, as well as in sectors affected early on.

Statistics Canada reported this month that 1.5 million women lost jobs over March and April, a 17 per cent drop from February levels, and suggested challenges for a recovery will be different for women.

“The need for child care has never been made clearer,” Prime Minister Justin Trudeau said earlier this month during a press briefing.

He said funding child care overseen by provinces is a responsibility the federal government shares in “to deliver the kind of child care that is needed.”

The federal government is in the midst of a 10-year, $7 billion spend on child care.

The first round of three-year funding agreements was to expire at the end of March, but the timing of having a new minister put in charge of the file after the fall federal election, and now the COVID-19 pandemic, has led to the deals being rolled over for another year.

Among the ideas put to the Liberals is a proposal to amend the extended agreements so provinces can direct federal funds to help daycares manage ongoing costs — beyond what they may receive from the federal wage subsidy or small business loan program.

At the same time, the Liberals are moving ahead with a promised child-care secretariat that would work towards building a national system. Outside experts consulted on child-care plans have suggested the government house the secretariat inside the Privy Council Office, which aids the prime minister and cabinet.

Andrew Bevan, who co-authored a recent paper on child care’s place in the recovery, said reopening the economy quickly and getting parents back on the job would be impossible without safe and secure child care, particularly for mothers.

“While it is true that child care by itself isn’t the silver bullet for Canada’s economic and social recovery, it certainly will help the recovery happen more quickly and beyond that, the result will be more fair if child care is properly taken care of,” said Bevan, who served as chief of staff to former Ontario premier Kathleen Wynne.

Pumping more money into child care won’t be simple. To expand existing capacity, there would need to be more physical space built and more early childhood educators hired in regulated daycares, all of which will take time.

Some of those workers will need care for their own children if they are to return to work.

Hussen said he has had conversations about what social infrastructure will be needed to ensure there are enough spaces available to parents returning to work, and that child care workers have the necessary safety equipment so parents feel confident their kids are safe.

“We want to get this right,” he said.

It’s why the Liberals have been told to do a different kind of economic recovery stimulus, including money for new centres, retrofits of older ones and funding training programs and wage increases to expand the ranks of early childhood educators.

“Social infrastructure is a really important piece of how we get back to the new normal,” said Kate Bezanson, the associate dean of social sciences at Brock University who co-authored the paper with Bevan.

“It takes multi-year investment and its benefits accrue over time.”