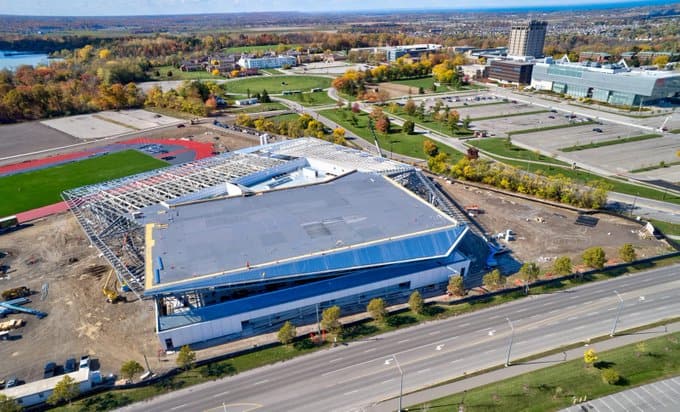 Delaying the Niagara 2022 Canada Summer Games by a year turned out to be more than just a matter of waiting out the COVID-19 pandemic.

It seems the delays also cost the region some money.

Originally slated for this summer, the games were pushed back to August 6 to 21, 2022. Niagara Region won the rights to host the games several years ago.

The Canada Summer Games brings the country’s best athletes together to compete in sports as diverse as diving, tennis, sailing, and baseball.

Yesterday (August 3), Steven Guilbeault, federal Minister of Canadian Heritage, announced the government was chipping in $1.1 million to cover the cost of postponing the games.

Niagara Centre MP Vance Badawey was there for the announcement and took to social media to say, “The Canada Summer Games play a vital role in showcasing athletic talent and preparing the next generation of Canadian athletes and we look forward to welcoming athletes and spectators alike in 2022.”

Construction of facilities for the games, such as Canada Games Park and the Walker Sports and Abilities Centre at Brock University in St Catharines, will leave a lasting imprint on the community after the games are over as they will open up to public use afterwards.