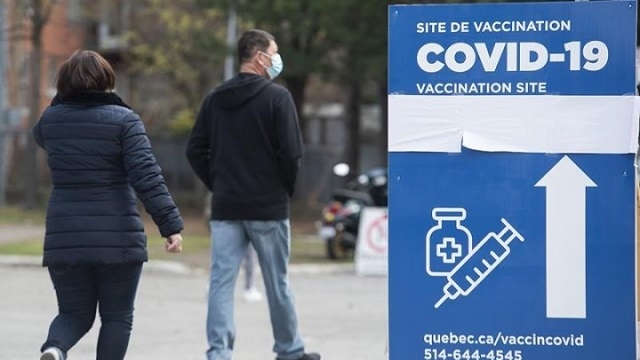 Trudeau said in a video update today that health care workers employed by government departments such as national defence and immigration will be redeployed to Ontario, and the Greater Toronto area in particular.

The prime minister says he has also spoken to the premiers of Newfoundland and Labrador, Prince Edward Island and Nova Scotia, who are evaluating what human resources and equipment they can free up in the next few days.

He says the federal government will also work with Ontario cities to deploy rapid tests to hard-hit locations and would cover the costs of relocating resources from other provinces who can spare them.

His statement comes as hospitalizations and admissions to intensive care units continue to reach record heights in Ontario, which reported over 4,200 new COVID-19 infections more than the last 24 hours.

Premier Doug Ford announced a number of new restrictions to quell the skyrocketing numbers, but has faced pressure to roll back limits on outdoor activities, which critics have said will do little to stop the spread.

Meanwhile, data released by Canada’s chief public health officer shows that the average daily number of hospitalizations and deaths in the country jumped by more than 30 per cent between April 9 and 15 compared to the week before.

The latest national-level data found that an average of 3,428 people with COVID-19 were being treated in Canadian hospitals each day during the most recent seven-day reporting period, representing a 34 per cent increase over the week before.

An average of 41 people died each day during the same period, which is 38 per cent higher than the previous week.

Dr. Theresa Tam says cases, test positivity rates and intensive care admissions are all rising as Canada battles a wave of COVID-19 that is driven by more contagious variants.