Recently, the Ontario Financial Accountability Officer released a report showing the consequences of cancelling the cap and trade program on the province’s books, specifically that it would increase the deficit by an extra $3 billion.

Ontario Premier Doug Ford promised he would scrap the (inaccurately named) “cap and trade carbon tax” and said he was joining the province of Saskatchewan in taking the federal government to court as to whether Ottawa could impose such a pricing scheme on the provinces.

Under the previous Liberal government, Ontario was exempted from Ottawa’s pricing scheme because they had a cap and trade system. Now that it’s out, the federal government announced that they are stepping in.

Prime Minister Justin Trudeau was in Etobicoke on Tuesday, October 23, to announce the system to be put in Ontario, as well as New Brunswick, Manitoba, and Saskatchewan by 2019, the provinces that announced they were opting out of their plan. 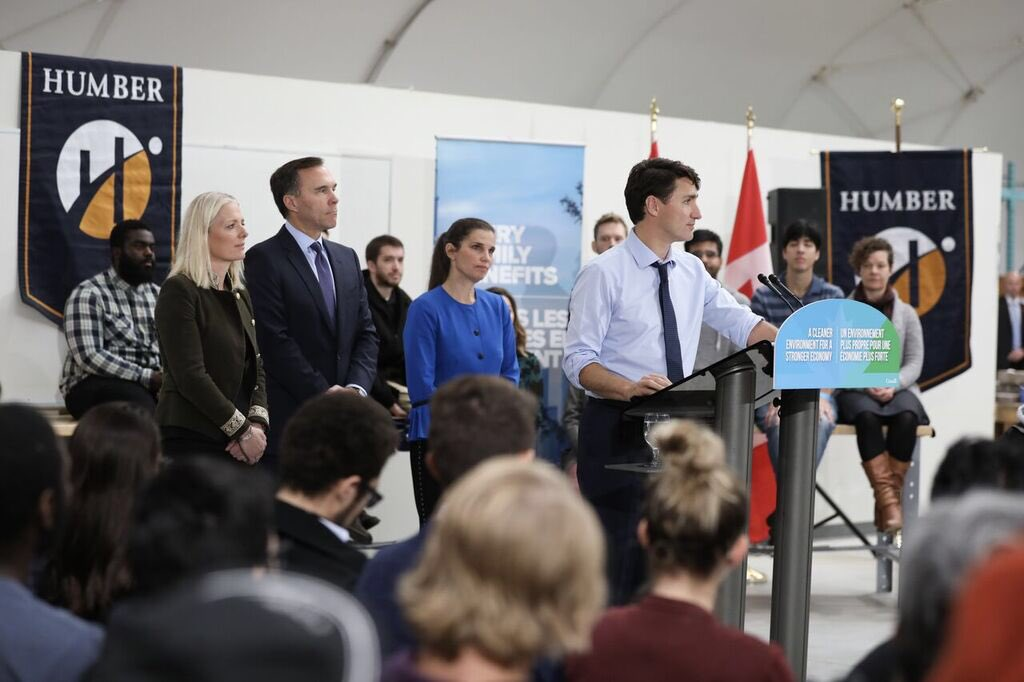 Trudeau announced that in Ontario, the standard family of four will get $307 with their tax return this coming spring; that amount will double to $718 by the year 2022. Eight in ten Ontario families, which is roughly 90 per cent, will get money back, as well as a 10 per cent top up for those living in small, remote and rural communities.

The Prime Minister also announced funds will be given to the provinces’ cities, schools, hospitals, businesses, and Indigenous communities to help them become more energy efficient and reduce emissions.

“This is the next step in the government’s plan to protect the environment and grow the economy. Any direct proceeds collected will go directly back to people in these provinces. Households will receive a Climate Action Incentive, which will give most families more than they pay under the new system.”

Trudeau was adamant that action needed to be done now or nothing will get done. “I refuse to let this problem (climate change) be dealt with by some other person at some other time,” he send, in response to criticisms of the carbon tax plan, adding this is part of his government’s vision of growing the economy through sound environmental policy.

Additional highlights such as the clean economy expected to grow to $26 trillion, creating 65 million jobs worldwide by 2030 were mentioned, as well as health costs of extreme weather are estimated to be over $1.6 billion per year.

But don’t think there wasn’t retail politics being played by the Trudeau Liberals either. Before making the announcement in Etobicoke, Trudeau swung by Mississauga to see his local MPs and Mayor Bonnie Crombie, even stopping by Ricks Good Eats for a bite. 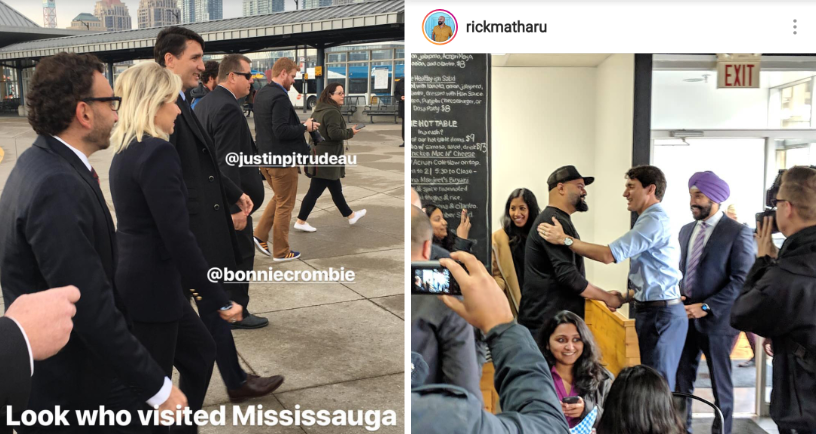 Conservative leader Andrew Scheer, speaking in Ottawa, didn’t buy a word of it:

Justin Trudeau’s carbon tax “rebate” is an election gimmick. Driving to work. Buying groceries. Filling your gas tank. Heating your home for the coming winter… All will be more expensive, and $12 per month from Trudeau will never make up the difference or help the environment. pic.twitter.com/8cHqdAA8jC

Federal NDP leader Jagmeet Singh said the Liberals are still using the old Harper government’s emissions targets and that unnecessary burdens are being placed on families who may not be able to afford the carbon tax.

So now we know what the federal alternative is after Ford cancelled cap and trade in Ontario. One thing’s for sure, this will be a major federal election issue in 2019.

What do you think of Ottawa’s carbon tax plan for Ontario?

5 unbuilt projects that could have changed...
Top 5 Chicken on the Rocks in Mississauga
Five fun things to do this weekend that are...
Top 5 chicken sandwiches in Mississauga
5 fun ways to make the most out of your...
END_OF_DOCUMENT_TOKEN_TO_BE_REPLACED