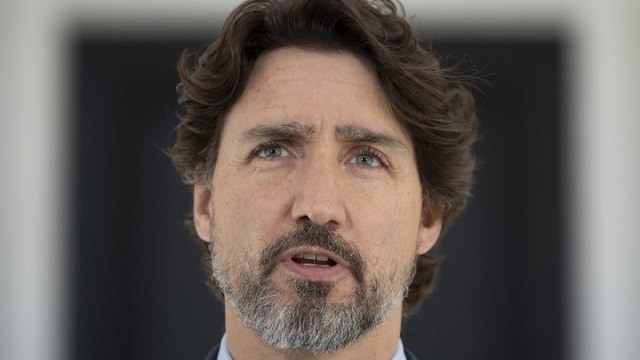 OTTAWA — Prime Minister Justin Trudeau says a federal wage subsidy for employees in businesses hit hard by COVID-19 will last at least until the end of August.

The subsidy was set to expire in the first week of June, only a few weeks after the first payments rolled out.

Speaking outside his Ottawa residence, Trudeau says the idea is to give employers more runway and confidence to resume operations slowly if they have to. He is also asking companies to bring back their employees.

Finance Minister Bill Morneau is to reveal details of a broadening of the program later today, including what Trudeau says will be expanded eligibility.

Trudeau also says the government will make adjustments to the program, including changes to the threshold for how much qualifying companies’ revenues must have declined, to ensure employers can access the help as business kicks back up.

The subsidy covers 75 per cent of wages for employers that have seen sharp declines in revenue since the novel coronavirus pandemic hit Canada hard in March, up to $847 per worker, per week.

The hope was that the subsidy would pull workers onto payrolls and away from the a $2,000-a-month emergency benefit for employees who have either lost their jobs or seen their incomes drop below $1,000 a month.

Federal figures posted this morning show just under eight million people have applied for that Canada Emergency Response Benefit, receiving just under $35.9 billion between them. The program had a budget of $35 billion.

The figures are far below what federal officials envisioned for the program that aims to keep employees tied to their job for when business activity resumes.

Trudeau also says the government will provide the same level of payroll support to universities and health-research institutes through a $450-million fund.