Father Michael Goetz Was Under Lockdown 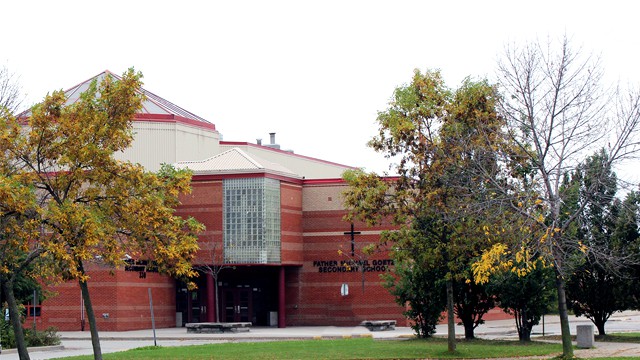 A scary morning for students at Father Michael Goetz Secondary School in Mississauga!

According to a recent 680 News article, Peel police have a male student in custody after what looked to be a gun was spotted at the high school this morning.

The school was placed under lockdown during the investigation.

So while the lockdown is over and no one was hurt, police are still investigating.

Update: The student who was taken into custody this morning over the sighting of a suspected gun is indeed facing firearms charges.

According to a recent article in The Mississauga News Peel Regional Police have said that they recovered the weapon inside the school.

The lockdown has since been lifted.

No one was hurt.