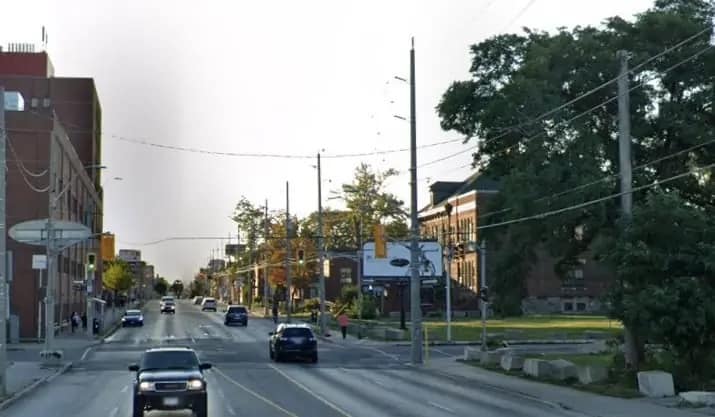 There will be a road safety audit of the Barton-Wellington intersection where 65-year-old Manuel DeSouza was fatally struck on Oct. 28.

The City of Hamilton’s public works committee passed a motion on Monday from Ward 3 Coun. Nrinder Nann “to assess potential safety enhancements” at the intersection, which is next to the Hamilton General Hospital. The motion calls for staff from the city’s transportation operations and maintenance will study the situation, and present their findings in the spring of 2022.

Wellington Street North is a one-way, four-lane street. It is frequently used by heavy trucks that are headed toward Cannon Street to cut through downtown en route to Highway 403, or are connecting to the Claremont Access road to Hamilton Mountain.

Safety enhancements that were added in 2020 included the installation of
ladder crosswalk pavement markings, pedestrian countdown timers and bump-outs. Despite that, DeSouza was struck and killed by a dump truck while driving a mobility scooter. It was Hamilton’s 13th traffic fatality in 2021.