Fatal car crash in Uxbridge under investigation; deceased driver was 84 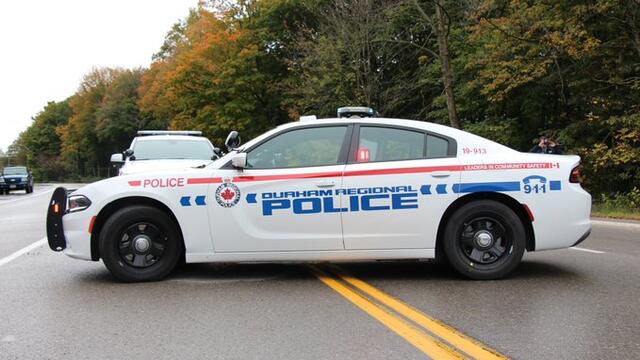 An 84-year-old man died Thursday after crashing a truck into a parked dump truck on a closed road in Uxbridge, police say.

Shortly before 10 a.m., Durham Regional Police responded to a two-vehicle collision at Uxbridge Concession Road 6 and Ashworth Road. A 2008 Chevrolet Avalanche operated by an 84-year-old male from Trent Lakes was travelling eastbound on Ashworth Road, which was closed for repaving. The pick-up truck struck a stopped dump/water truck which was on the eastbound lane shoulder.

The pick-up truck caughto on fire. The driver of the water truck assisted in the extraction of the victim and witnesses performed CPR while 911 was contacted.

The deceased man’s name has not been released.

An 84-year-old driver was pronounced deceased following a two vehicle collision on Thursday morning in Uxbridge.

The investigation is ongoing. Police would like to hear from any witnesses to this collision who have not already spoken to police.

Anonymous tips can be made to Crime Stoppers at 1-800-222-8477 (TIPS) or on the website at durhamregionalcrimestoppers.ca and tipsters are eligible for a cash reward of up to $2,000.