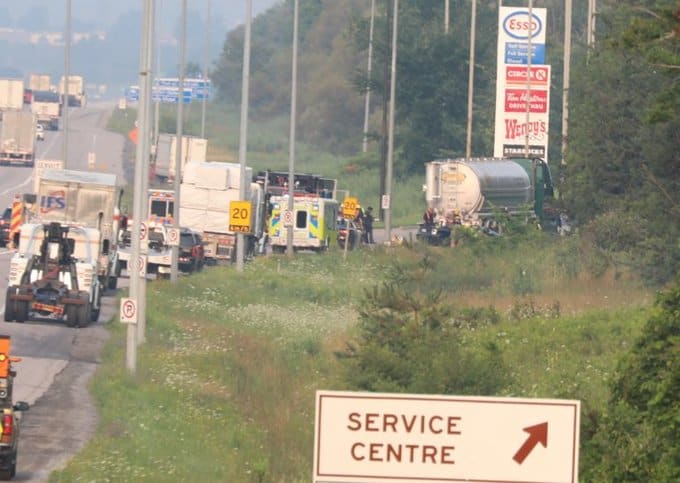 Two people are dead, and a child was airlifted to hospital with serious injuries after a collision at an entrance to an ONroute service centre near Newtonville this morning.

Ontario Provincial Police say a passenger vehicle collided into the rear of a parked transport truck on the right shoulder of Highway 401. The 49 year-old driver and a 16 year-old in the passenger seat were declared dead at the scene, with a five year-old boy child airlifted to hospital.