Farmers markets looking for ways to stay afloat during the pandemic 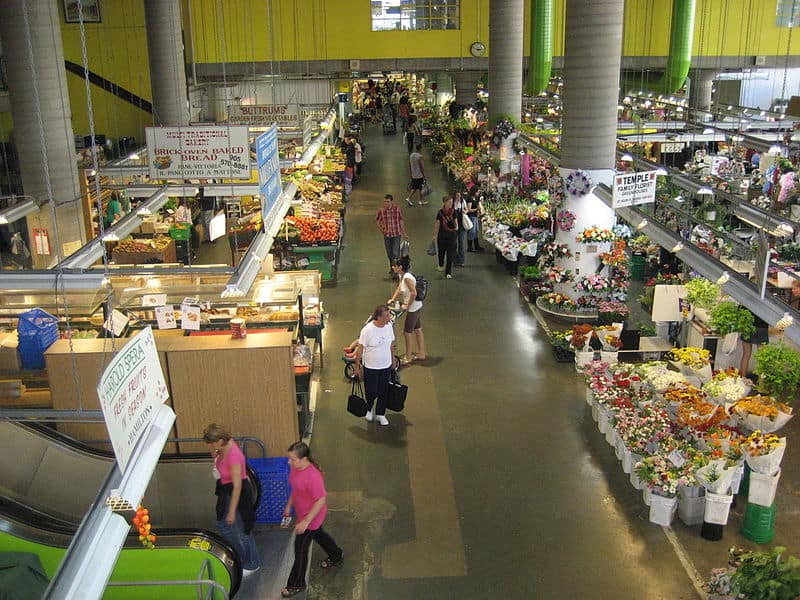 But those in the industry say business is surprisingly robust as they find ways to stay afloat in the present while hopefully modernizing the field for the future.

Farmer Dave Kranenburg said he’s never been busier despite not setting foot at a traditional market for weeks.

When faced with the prospect of losing 95 per cent of his annual revenue due to pandemic-related shutdowns, the co-owner of Kendal Hills Farm near Orono, Ont., set about creating an online alternative to the sorts of spaces that allowed him to make a living prior to the outbreak.

By teaming up with at least 35 nearby farmers, Kranenburg and his partner set up a virtual farmers market. Shoppers can browse a list of what local food growers expect to have on hand in the coming week and arrange to have their purchases either delivered to their homes or dropped off at a handful of regional businesses.

Kranenburg said the notion of turning the farm into a local food hub had been under discussion for years but seemed like nothing more than a pipe dream until circumstances caused by COVID-19 forced their hand.

“At first it was very, very scary around what it meant for the future of my farm and small food businesses,” Kranenburg said in a telephone interview. “It’s morphed into a very exciting and hopeful period now. A lot of us are hoping that … it’s not just an emergency solution. It’s addressing some of the challenges we’ve always faced as farmers.”

Kranenburg said he and others in the field have long struggled with the distribution side of the business, noting that spending time driving to markets, restaurants and other potential customers significantly decreases the amount of time farmers can spend raising crops and animals.

By creating a food hub and contracting out the deliveries to students looking for work, Kranenburg said that problem has been addressed through the virtual market.

Some traditional markets have also had to adopt virtual practices to reach their usual patrons while they’re heeding public health advice and remaining at home.

Others have adopted a community-supported agriculture model that sees customers pay at the start of the season for a share of the year’s harvest.

But Kranenburg and other market regulars said there’s still a need for traditional spaces to buy and sell local goods, though concedes the constraints of the public health crisis may change how those spaces look and operate.

A list of directives prepared by Farmers’ Markets Ontario outlines some of the new measures that will be in place once markets reopen for business. The organization said only food should be available for sale in order to comply with government emergency legislation that shutters non-essential businesses but allows food retailers to keep their doors open.

The list also says stalls will have to be sufficiently spaced out to allow for proper physical distancing protocols, and customer traffic should be monitored or managed to keep patrons safe.

Food samples and reusable containers should be banned, the directives say, adding that hand sanitizing stations and washrooms will have to be readily available and properly maintained.

“Markets should not be viewed as a place to linger or socialize and should be viewed as a ‘shop and go’ market,” Catherine Clark, executive director of Farmers’ Markets Ontario, said in an email. “It won’t be business as usual.”

But the head of an industry group in Atlantic Canada said that may well prove to be a boon rather than a drawback.

Justin Cantafio, executive director of the Farmers’ Markets of Nova Scotia Co-Operative, said it has been exhilarating to see how quickly markets across the province have embraced online sales and other alternative sales methods.

He said challenges remain for markets in more remote communities that may not be able to tap into the same resources but said the months ahead will hopefully see the industry as a whole become more innovative than it has been for years.

“We have a great new tool in the form of these online stores, but we’re also going to have a unified people seeking to be together again after being isolated for so long,” Cantafio said.

“A farmers market is going to be that perfect blend of that cultural vibrancy and abundance mixed with the ability to get your food and necessities in one place. I think a farmers market will be one of the most important institutions moving forward if we play our cards right.”

This report by The Canadian Press was first published April 24, 2020.