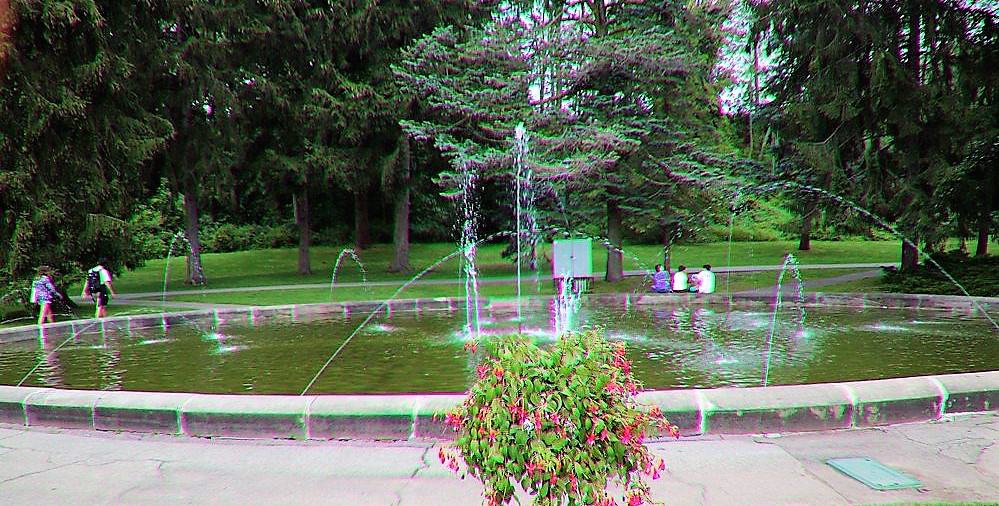 The Zimmerman Fountain Pond in Niagara Falls' Queen Victoria Park was built in 1856 and still is a scenic draw all these years later.

There is a well-loved and often-visited legacy left behind by the man many considered to the “Founder of Niagara Falls.”

Just a three minute walk from the Niagara SkyWheel at 883 Falls Ave in Queen Victoria Park is Zimmerman “Fountain Pond,” named that for its large circular shape.

At the foot of Clifton Hill, the Fountain Pond, shored up by large blocks of concrete, is surrounded by a walkway and in the warmer months, colourful flowers.

The man who had it build in 1856, Samuel Zimmerman, was one of most prominent businessmen of his time.

However, he never really had much time to enjoy it as he died in a railway accident in March of 1857 and the fountain pond is the last remaining remnant of his estate.

During his day, Zimmerman owned half of the land in Queen Victoria Park lying between Clifton Hill and Murray Hill and he had meticulously laid out in walks and ornamental gardens.

Residents say if tourists look carefully, they can still see a piece of flat land that was once a double tennis court just beyond the fountain pond.

During the summer, you’ll see the fountain pond lit up with beautifully coloured lights located below the water level and the flowers around it are matched with floating water lilies within the foundation itself. As part of Queen Victoria Park, all of this now falls under the watchful eye of Niagara Falls Parks Department. 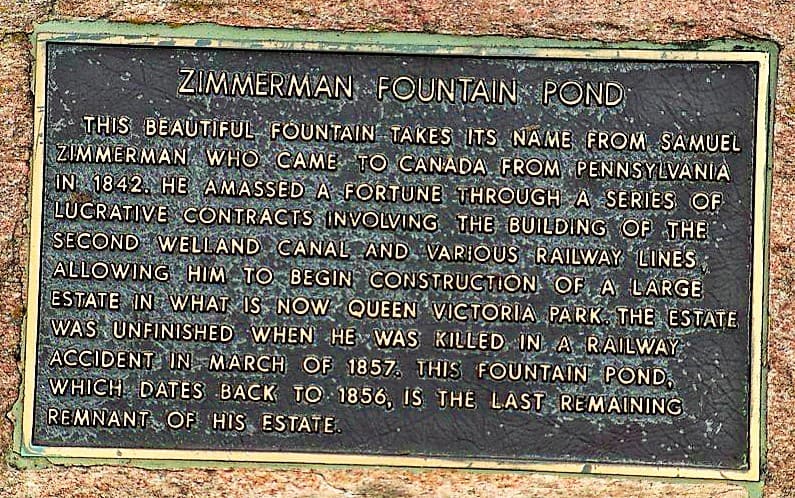 The plaque that marks the Zimmerman Fountain Pond in Niagara Falls.