Family remembers beloved Mississauga restaurateur who passed away from COVID-19 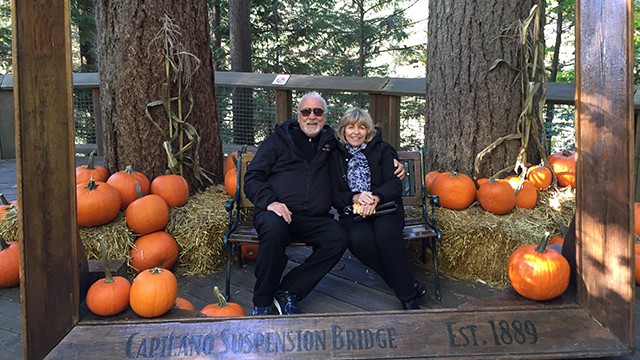 When people are inundated with raw numbers every day, it becomes easy to forget that every individual who has succumbed to COVID-19 was a real, vibrant person with friends and family who loved them.

One such person was Ferruccio (Fred) Fazzolari, the warm and personable owner of Fred’s Bar & Grill, a popular and lively sports bar located on Bloor Street in Mississauga. 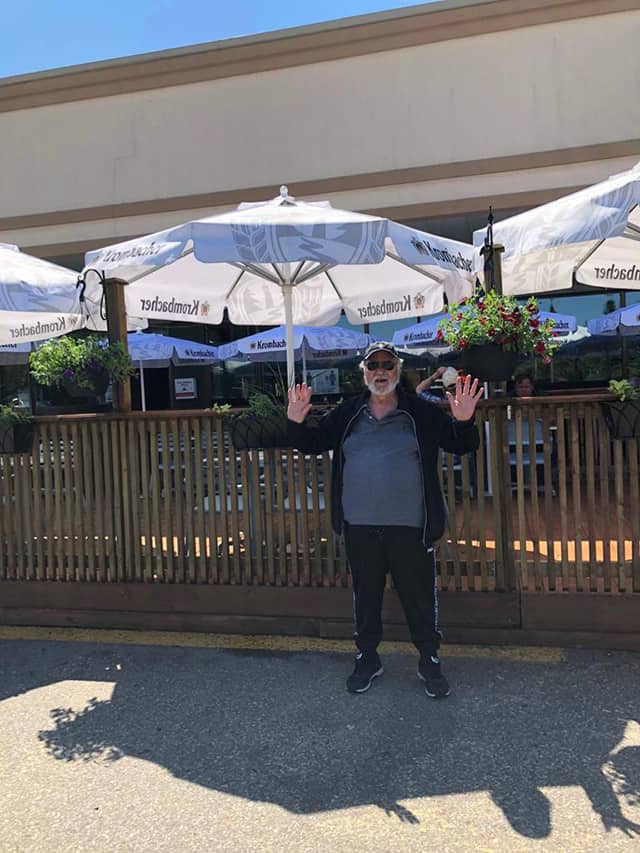 Fred’s family members describe his illness as a “rollercoaster,” as his condition worsened shortly after he appeared to be turning a corner.

“This past weekend he was stable again, but then he took a turn for the worst,” his children told insauga.com, adding that their mother, Susanne, also tested positive for COVID-19 but experienced mild symptoms and recovered at home.

Fred was 80-years-old and although he was technically retired, he still showed up at the restaurant every day to water the flowers and chat with the customers–many of whom he knew by name.

“He had at least 10 more years in him,” says Richard Fazzolari, Fred’s son.

Richard said that due to COVID-19 restrictions, the family wasn’t able to visit Fred in hospital until he was close to passing away.

“It was very difficult not being able to visit him,” Richard says.

“It was through a window, we couldn’t be by his side.”

Richard and his two sisters, Lisa and Juliana, say that COVID hasn’t just taken Fred away from them and their mother too soon–it’s also robbed them of their ability to celebrate his life with all of the people who loved and cared for him. 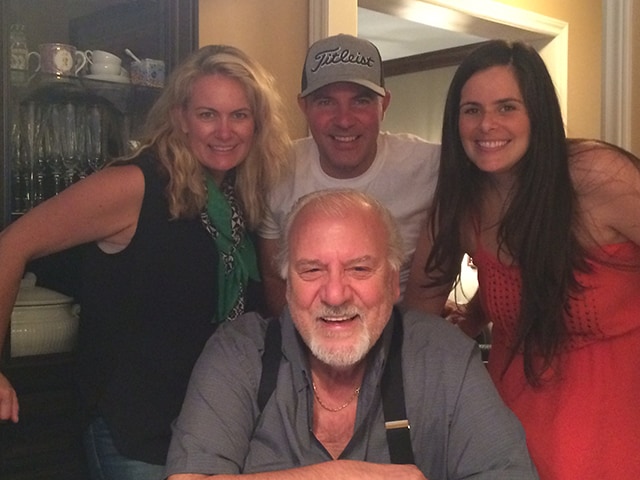 From left to right: Lisa, Richard, Fred and Juliana

Lisa says that organizing the funeral has been especially difficult.

“We’re having a tough time. It’s limited to family and there’s a lot organizing to do. We have to coordinate and give people timeslots. Our plan is to do some sort of celebration of life at a later date when it’s safe to do so and when we’re allowed.”

Fred, who contracted the virus in the community, was well-known in Mississauga for making his staff members and customers feel at home in his 30-year-old restaurant.

“He treated his staff like family,” Richard says, adding that many employees have been with the restaurant for years.

“He taught me to treat everyone with respect. That was the way he was and it shows in how long staff stuck around.”

The impact Fred had on those around him is undeniable. On Nov. 1, staff members and customers came together to hold a vigil for the beloved restaurateur and remember the times he made dining out at his restaurant–famous for its calamari–special. 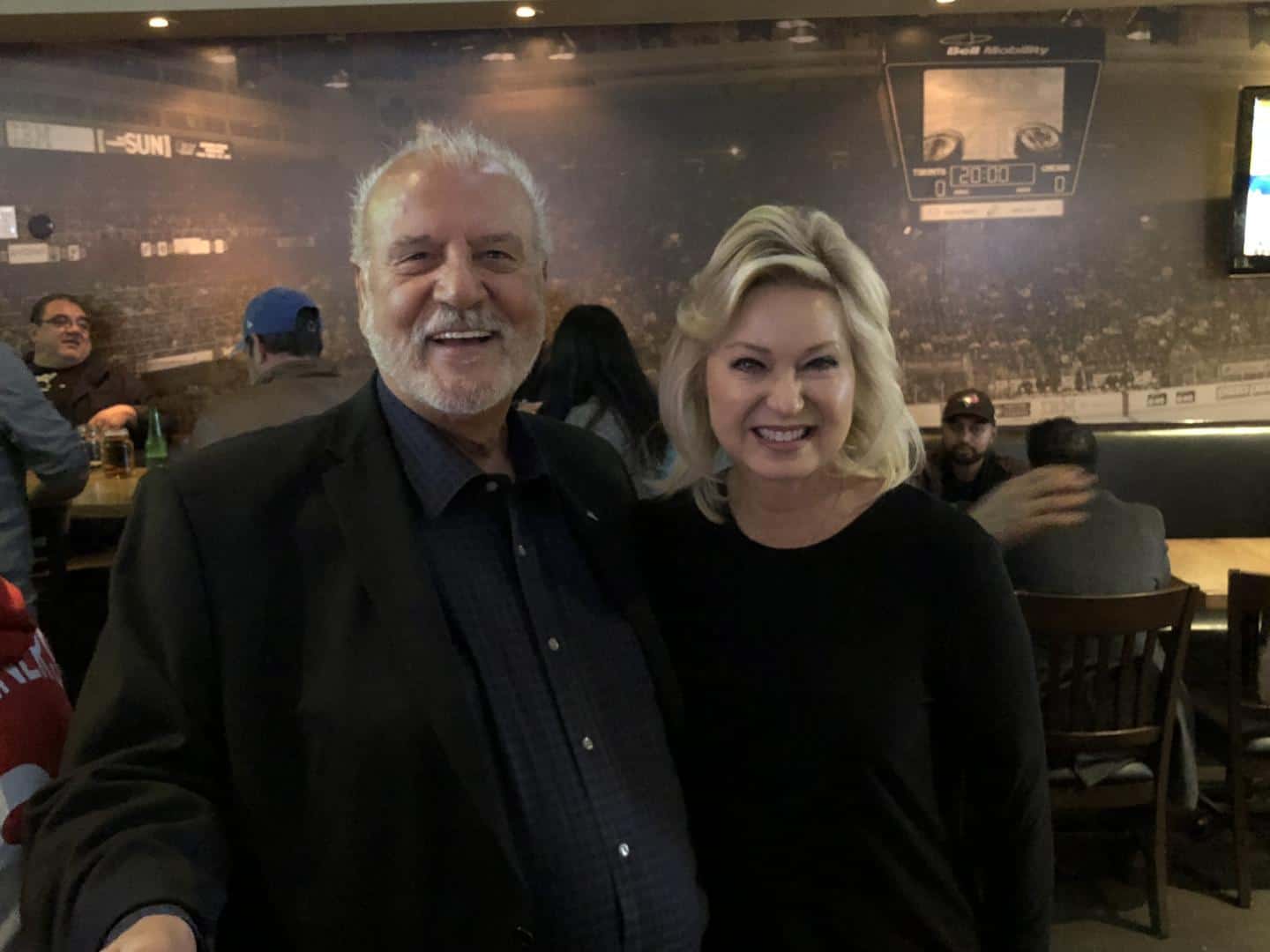 Fred’s family, coworkers and customers aren’t the only ones remembering the positive impact he had on the community. This week, Peter Fonseca, the Member of Parliament for Mississauga East—Cooksville, read out a tribute to Fred in the House of Commons.

Like so many other entrepreneurs, Fred had a humble start.

According to Fred’s family, Fred moved from Marina di Gioiosa Ionica, Italy to Toronto in 1956, when he was just 16-years-old. When Fred arrived in Canada with less than $20 to his name, he moved into a house in the Bathurst and Bloor area with his two older brothers, Giuseppe (Pino), and Eduardo (Eddie), and started working at a barbershop.

Richard says that when Fred first arrived in Canada, he was self-conscious about his English and was too nervous to order anything but cherry pie–a name his brothers taught him early on–from a nearby restaurant.

“Then he wanted to try something new, so he asked his brother how to say something else. ‘Apple pie,’ his brother told him. So the following day, he went back to the
diner and ordered apple pie, but the waitress misunderstood him and said “pardon?” At
which point he got nervous and just replied cherry pie, please. Of course, when he told the story it sounded much better.”

Years later, Fred took over Eddie’s hair salon and eventually met and married Susanne, who worked in the salon with him for some time.

Fred and Susanne, who were married in 1974, went on to have three children between 1975 and 1981. They were born in the Toronto suburb of Etobicoke and raised in Mississauga.

“They were married for 46 years and he loved her,” Lisa says. 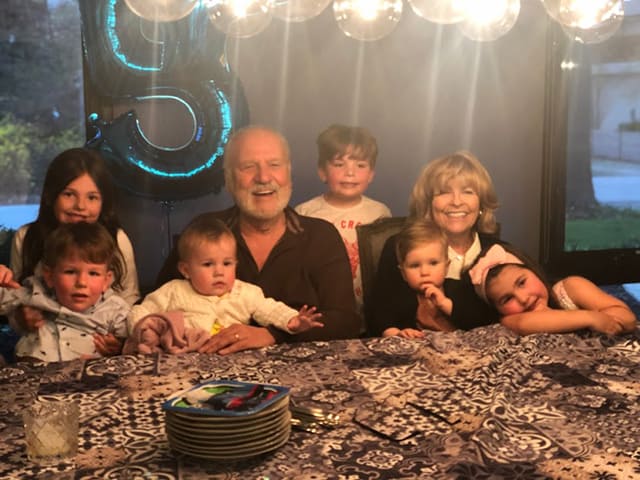 Lisa says that growing up, Fred loved to tell them stories about his early years in Italy.

“He always enjoyed telling us stories about life back in Italy. He was theatric when he used to tell his stories, he was loud and proud,” she says.

After running the hair salon, Fred decided to pair his love of food with his desire to operate a business.

“He had a small cafe called Bar Italia where [Fred’s Bar & Grill] is right now that just served coffee and whatnot. He loved sports and he wanted to make the transition [to a full restaurant] and when the next door unit became available, he took it over and built a sports bar,” Richard says.

Fred opened the current restaurant in 1990.

“He taught himself to cook and he made sure he didn’t serve anything that he wouldn’t feed to his family,” Lisa says.

Once the restaurant opened, Fred spent an extraordinary amount of time there.

“He was there from open until close, seven days a week. He put the hours in, he made a lot of sacrifices to be there,” says Richard. 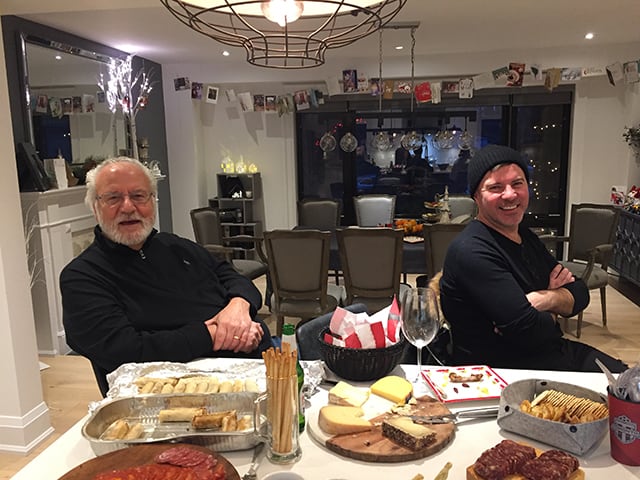 Outside of working at the restaurant, Fred loved to swim, grow vegetables and spend time with his six grandchildren.

“He lit up whenever he was with grandkids,” Lisa says.

“They all used to come to the bar and they’d run inside and run up to him and he’d have his arms open and they’d be screaming, ‘Nonno, Nonno!’

“I would ask my daughter what she wanted to do and she’d say ‘Nonno’s bar, Nonno’s bar,’” Juliana says, laughing.

Months before COVID-19 made international travel all but impossible, the entire Fazzolari family managed to get away for a three-week trip to Italy.

“He liked to travel back home,” Lisa says.

“We all went to Italy last year, back to his town with his six grandchildren so he could show them where he grew up. My youngest son keeps asking when we’ll be going back to Italy.”

“Fred’s will still be around,” Richard says.

“Everything will be running the same as it has for the last 30 years.”

Lisa says that the diners that Fred served over the years quickly grew to love him and that the outpouring of love in the wake of his passing has been overwhelming.

“He would always treat the customers like family. He’d want to learn about them and know more about their lives. He kept everyone engaged,” she says.

“He was personable. We know the community loved him. It’s touching to see how many lives he touched and impacted.”

“It does make you proud of him,” Lisa says.