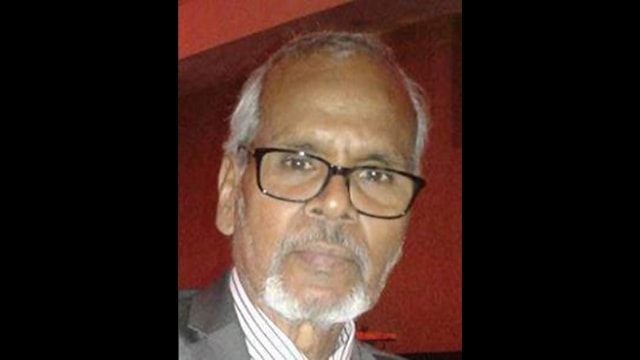 Police are appealing to the public for help in locating an elderly Mississauga man who has gone missing.

Police say he is described as a South Asian male with a dark complexion. He 6′ feet tall, 170 pounds with a slim build and short grey hair.

The family is concerned for Vairavanathan’s well-being.

Anyone with information on the whereabouts of Vairavanathan is asked to call investigators at the 12 Division Criminal Investigation Bureau at (905) 453–2121, ext. 1233.

UPDATED: Police said at around 5:30 p.m. that he was found in good health.