Extreme Cold Will Continue in Mississauga All Week 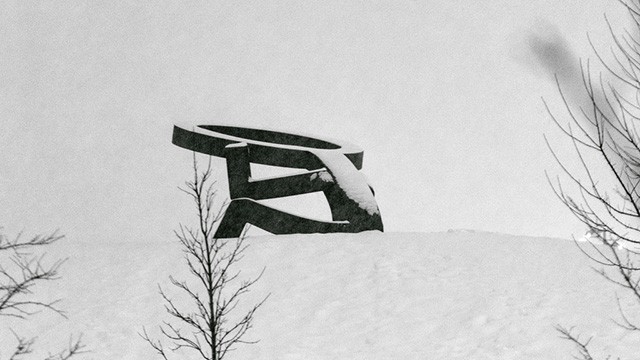 If you haven’t left your house for three days, prepare yourself — frigid weather has taken over Mississauga thanks to a Polar Vortex.

That’s right, there’s a bitter cold in the air and it’s set to continue all the way into the new year. There’s also some concerns about snow squalls and a potential winter storm, according to The Weather Network.

Here in Mississauga, it’s going to feel like -20 C for most of the week. 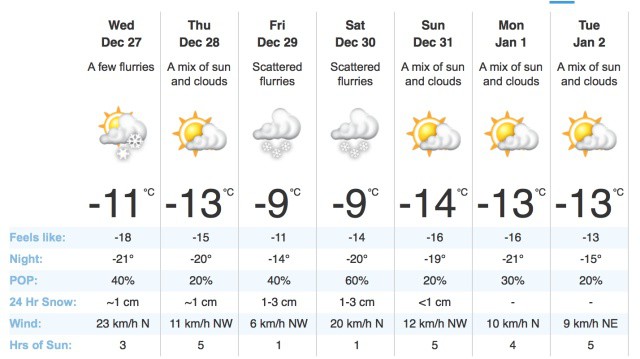 According to The Weather Network, there may be some snow squalls across the Greater Toronto Area Wednesday morning that could produce up to 2 cm of snow.

There could also be a snow storm in southern Ontario on Thursday and into Friday.

New Year’s Eve and New Year’s Day in particular could get a blast of arctic air from Siberia!

“The frigid weather will continue into the first several days of 2018, but the frigid pattern is expected to relax as head into the second week of January,” says Gillham.

It’s important to be mindful during extremely cold weather and to stay indoors as much as possible.

Residents should dress to suit the weather by wearing multiple layers of loose fitting clothes, (including a hat, scarf and mittens) and cover up as much exposed skin as possible.

Residents should also remember to drink warm fluids that do not include caffeinated and alcoholic beverages (as they cause your body to lose heat more rapidly).

Residents should also bring in pets without adequate shelter.